You are here: Home / Editors choice / Number of deaths of Afrin massacre risen 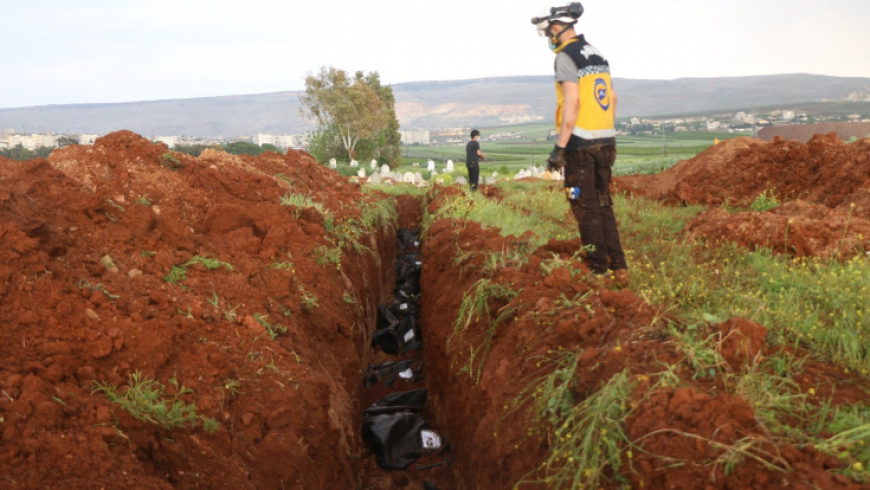 The death toll from the terrorist bombing in Afrin, Aleppo province, has risen to 42, and the number is still expected to increase.

Medical sources stated that 23 bodies were charred and were not identified, while 19 victims were identified. The victims included seven children, while some of the injured were transferred to Turkish hospitals.

The Syrian Civil Defence (White Helmets) published a picture of the mass grave of charred bodies whose identity has not been identified.

The city of Afrin had witnessed on Tuesday evening 28/4/2020 a terrorist bombing by an oil tanker, the perpetrator is not yet known.