You are here: Home / Editors choice / A horrific massacre in Afrin

On Tuesday evening, a fuel tank exploded in the city of Afrin, killing about 30 people, and injuring dozens . Most of the deaths and injuries were due to the burns caused by the tank explosion.

The explosion took place between  Al-Siyassiya Roundabout Street and  Al-Saraya Roundabout at the entrance to the popular market in the city, as the market is very busy before the time of Iftar.

No one has yet claimed responsibility for the attack.

The opposition-controlled areas in northern Syria are witnessing frequent explosions, and it is believed that the Syrian Democratic Forces, ISIS, or the regime stand behind it. 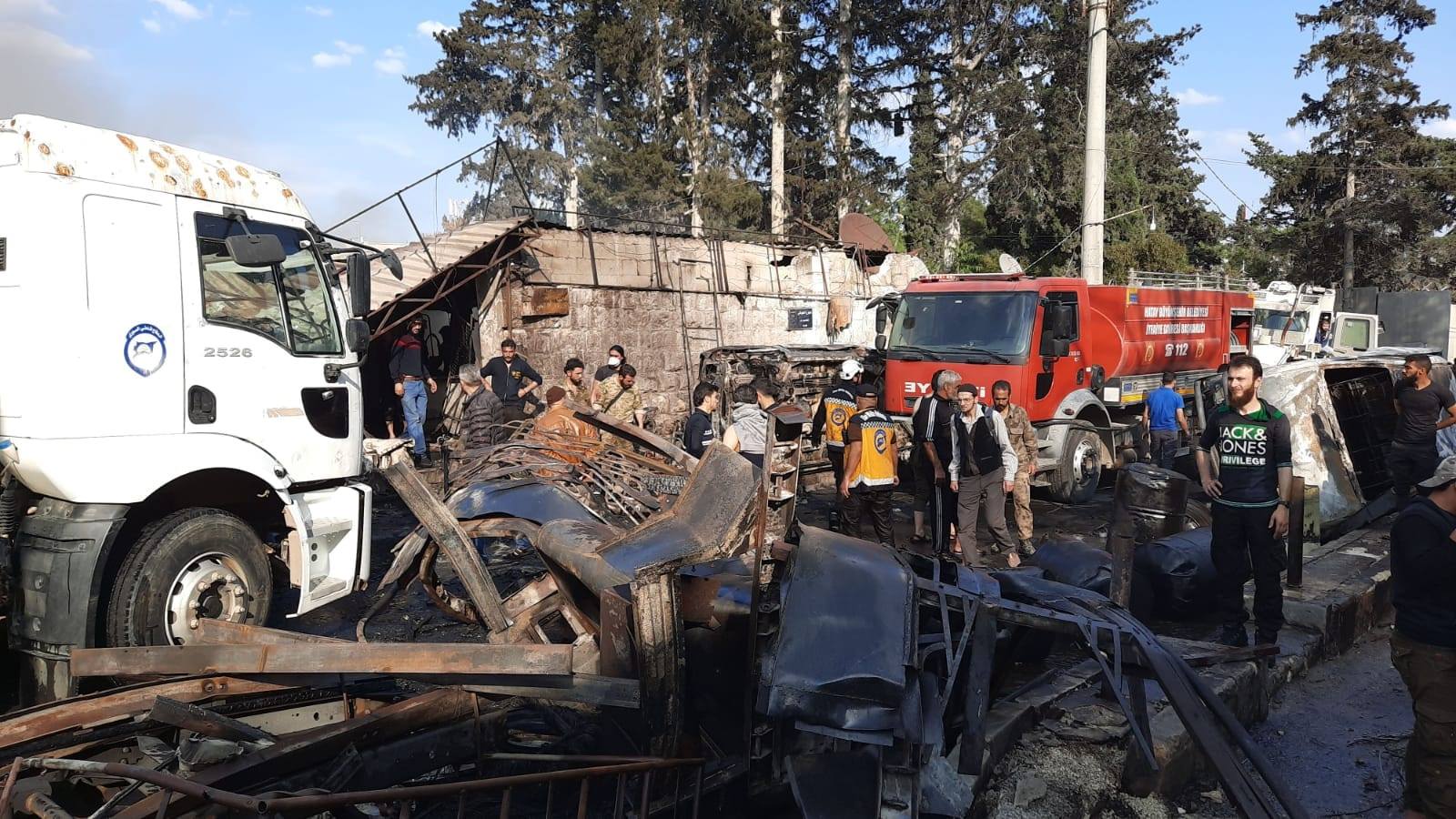