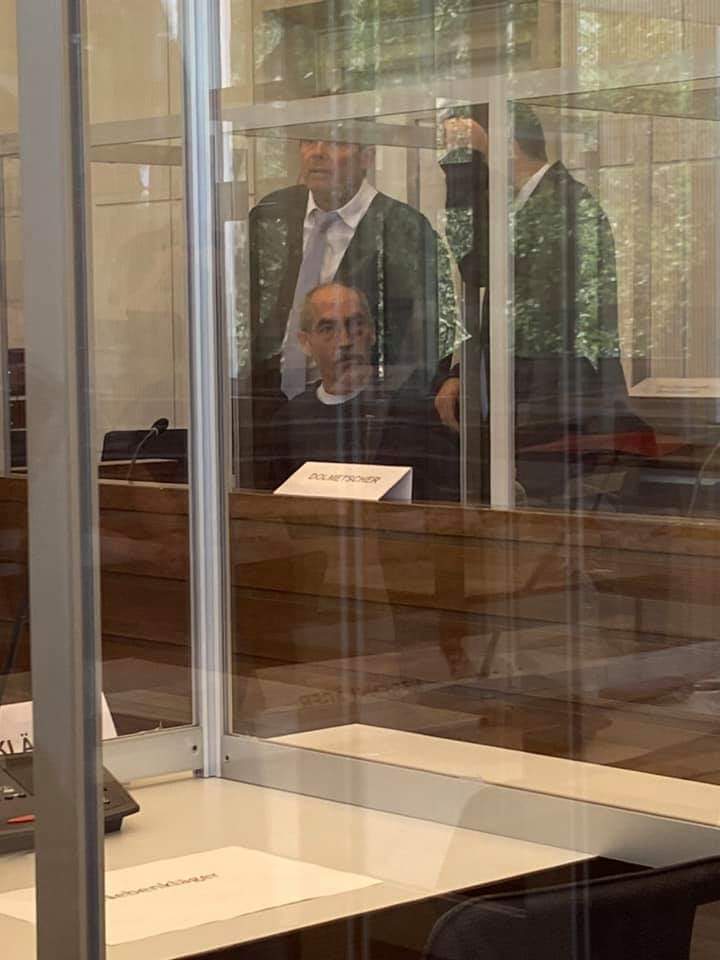 Anwar Raslan appeared in the first court session on April 23

The trial sessions of Colonel Anwar Raslan started today (23 April) in Germany after 14 months of his arrest by the German authorities.  He was the former deputy head of the investigation branch in the General Intelligence Department and the head of the investigation branch in branch 231 of the same department. This is the first trial in the world of any Syrian regime’s security service officer.

On 12 February 2020, the Federal Public Prosecutor’s Office in Germany announced the arrest of Colonel Anwar Raslan and Iyad al-Gharib, who had been working in house raiding and arrest. They were charged with practicing torture while they were at the top of their job in the period of 2011-2012.

In his trial, which was launched in the German city of Koblenz, Raslan faces charges of crimes against humanity and rape, in addition to 58 counts of murder, while Al-Gharib is charged with complicity in the implementation of these violations. According to a statement from the court hearing the case, about four thousand prisoners were beaten, kicked and electrocuted in Branch 231 prison under the supervision of Raslan.