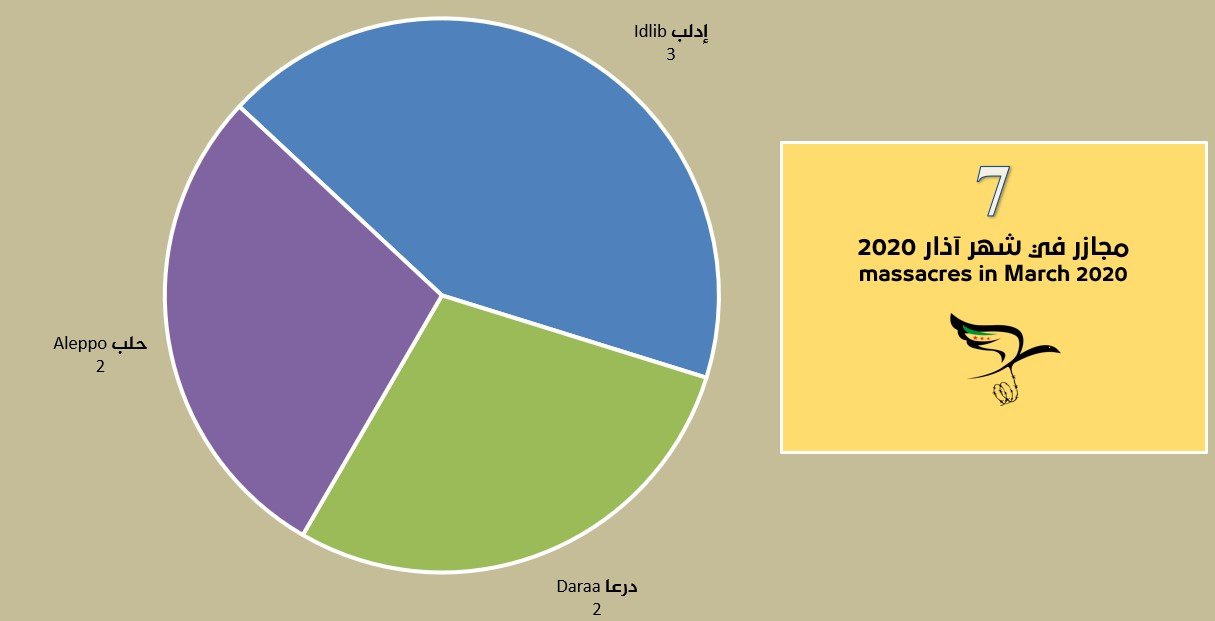 The Syrian Human Rights Committee (SHRC) has documented 7 massacres in Syria during March 2020, the lowest monthly number of massacres since October 2019.

The drop in massacres this month came after a ceasefire reached between Russia and Turkey on the fifth of March.

Idlib topped the rest of the provinces, for the fifth month in a row, in the number of massacres, which reached 3 massacres, followed by Daraa and Aleppo with two massacres each.

The Syrian regime forces topped the list of perpetrators of massacres this month, with 3 massacres, followed by Russian forces with two massacres, and the Syrian Democratic Forces (SDF) with one massacre, and it was not known who was responsible for committing one massacre.