You are here: Home / Editors choice / SHRC documents the killing of 161 people in March 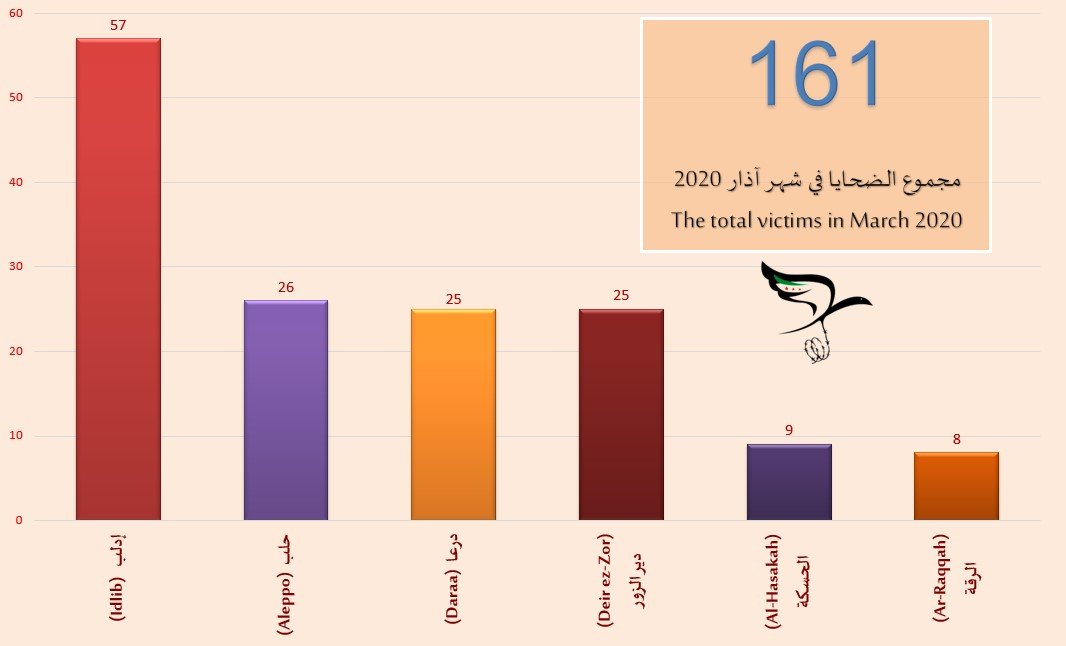 The Syrian Human Rights Committee (SHRC) has documented the killing of 161 people in Syria during the month of March 2020, including (21) children, (11) women, and (12) people killed under torture.

The Syrian regime forces killed 55 people, Russian warplanes killed (35) people, while the Kurdish militia killed (6) people, and both the Turkish forces and the opposition factions were responsible for the death of (3) people each.

SHRC has documented the killing of (30) people by unknown persons, (13) people due to landmines explosion, and (13) people also by booby-traps and improvised explosive devices.

As is the case over the past six months, Idlib Province topped the rest of the provinces in terms of the number of victims, which reached (57) people, followed by Aleppo Province with (26) people, then the provinces of Deir ez-Zor and Daraa with (25) people each. Then Al-Hasakeh Province with (9) people.

In Al-Raqqa Province, the total number of victims was (8), in Hama Province (4), and (3) in Al-Suwayda Province, and by two in each of Rif Dimashq and the capital Damascus.