You are here: Home / SHRC's Reports / Daily reports / Five Civilians Killed in a Bombing in Afrin 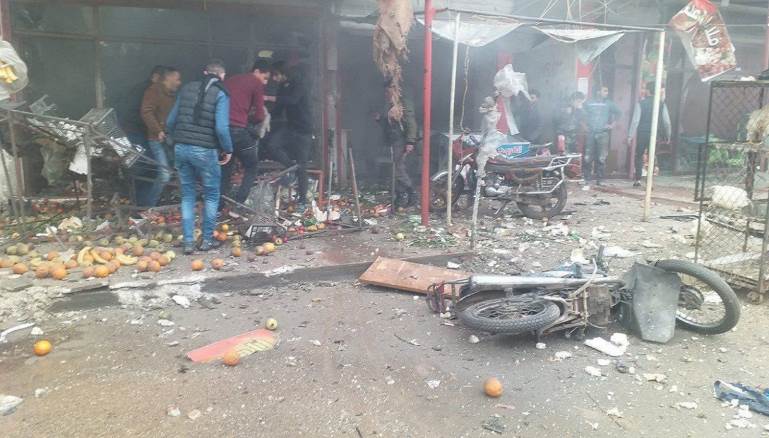 Afrin city was shelled from areas controlled by SDF

Afrin city in Aleppo countryside was hit on Wednesday noon, by artillery shelling from the areas controlled by the Syrian Democratic Forces (SDF), which resulted in the death of 5 civilians, including two children, and the injury of 7 others.