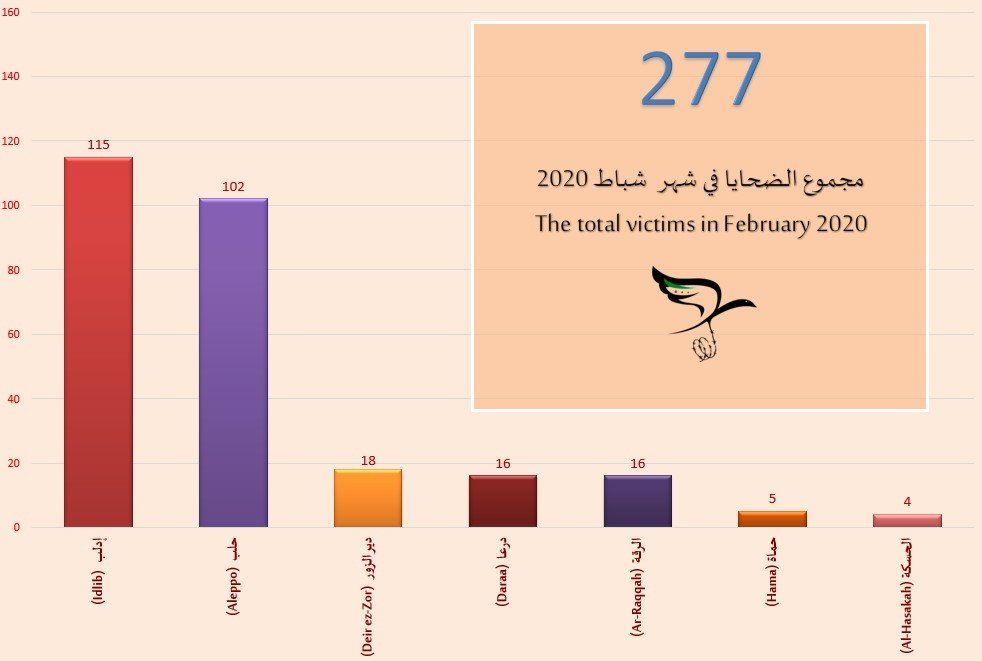 The Syrian Human Rights Committee has documented the killing of 277 people in Syria during the month of February 2020, including (57) children, (38) women, and (10) people who died under torture.

Idlib Province continued to lead the rest of the provinces in terms of the number of victims, which reached (115) people, followed by Aleppo Province with (102) people, and then the province of Deir ez-Zor with (18) people.

The total number of victims in the provinces of al-Raqqa and Daraa reached (16) persons each, (5) people in Hama Province, (4) in Al-Hasaka Province, and (1) in the Province of As-Suwayda.