You are here: Home / Editors choice / UN: 875000 Displaced from Aleppo & Idlib since December 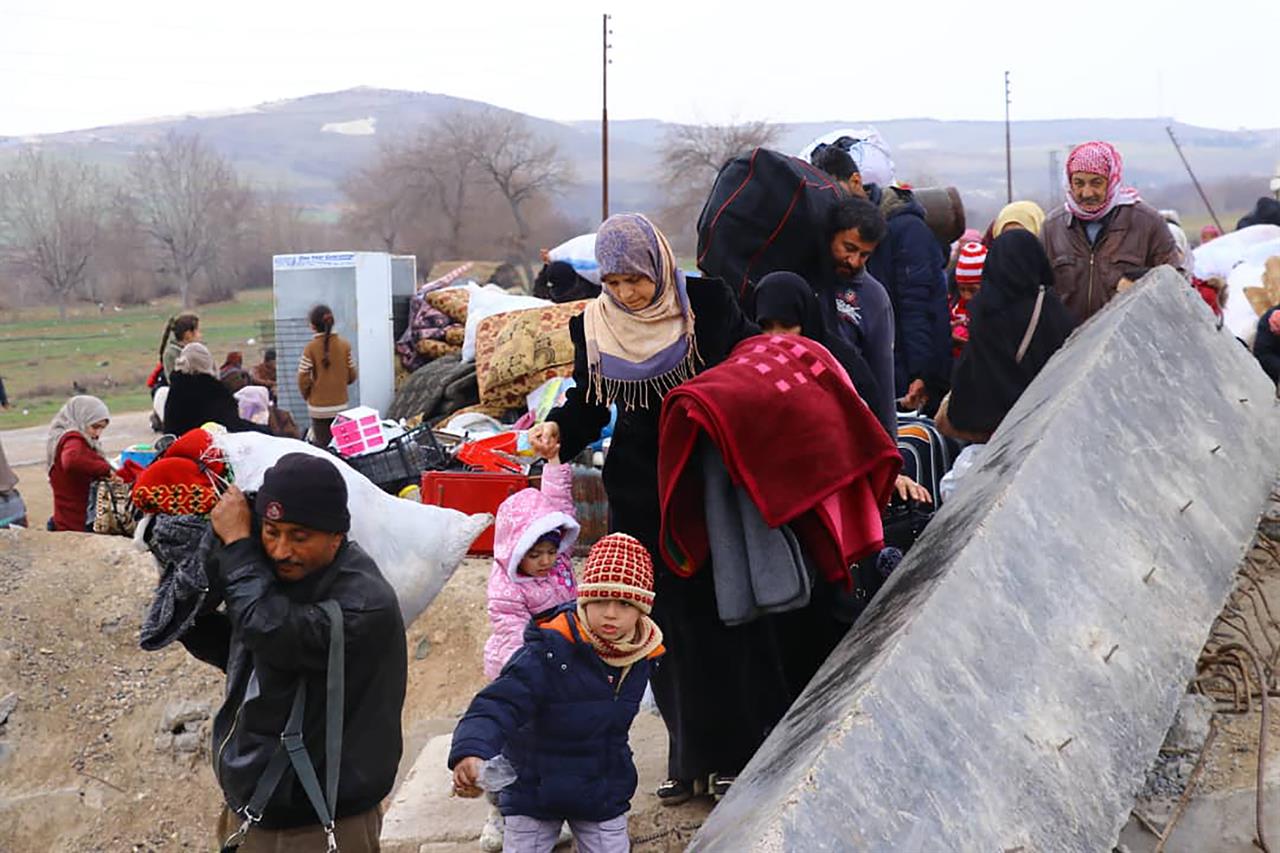 The mass exodus from the Idlib area and the countryside of Aleppo continued as a result of the military operations carried out by the Syrian regime, supported by Russian warplanes.

The UN Office for the Coordination of Humanitarian Affairs said that half of those displaced are children. The office said that the crisis in Idlib has reached a horrific level, and that we may witness the largest humanitarian catastrophe in the twenty-first century.

The displacement comes in the cold weather in Syria and the region, and the impact of the winter season on the displaced people in particular is a result of the presence of most of them already in the open, or in primitive tents that almost never protect from rain water.