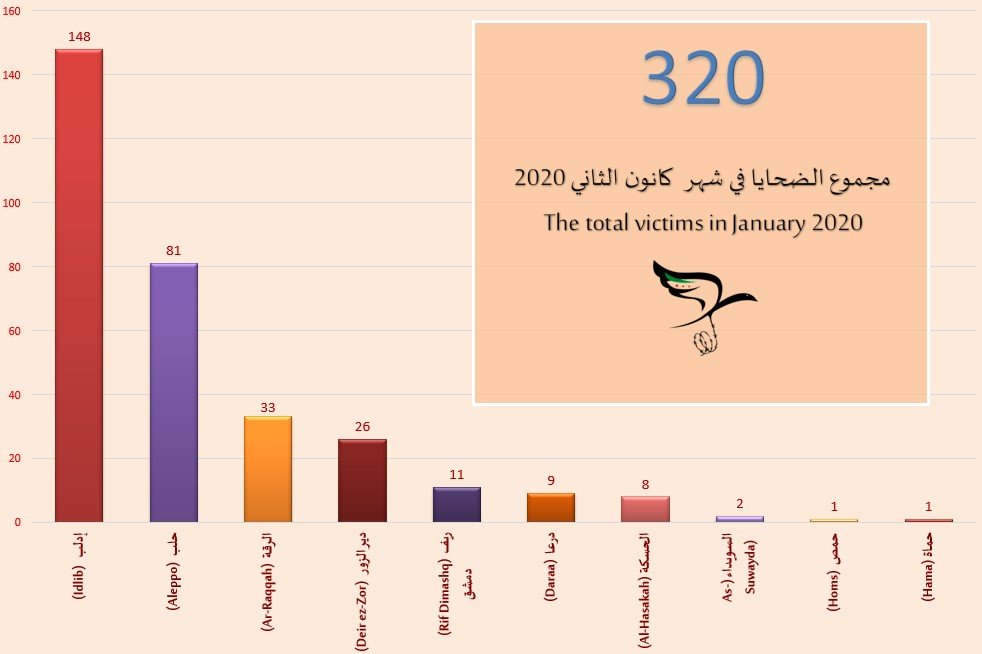 Idlib Governorate came at the forefront of the governorates in terms of the number of victims, as SHRC recorded the killing of 148 people in it, followed by Aleppo Governorate with 81 people, Raqqa Governorate with 33 people, and Deir ez-Zor with 26 people.