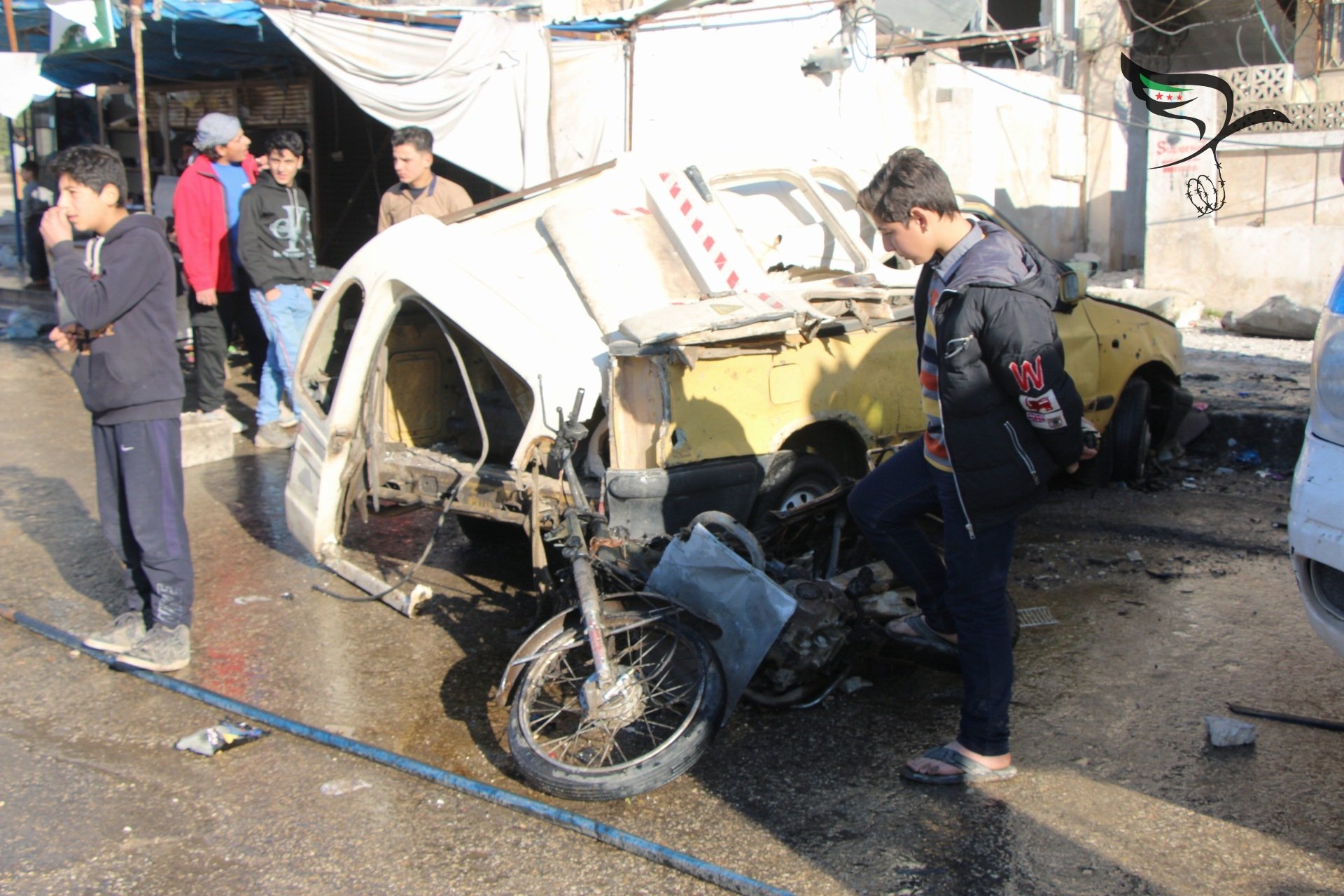 At 12:15 p.m. on Saturday, January 11, 2020, the Syrian regime’s Sukhoi (SU24) warplanes fired two missiles in the area of ​​the municipal stadium roundabout (formerly Al-Shuhada roundabout), Idlib west, which resulted in a massacre, as 8 people were killed and 39 injured, including 10 children and 9 women, most of whom are in serious conditions.

Within approximately an hour, the wounded were treated by the civil defence team in Idlib, who arrived at the scene of the massacre within a few minutes of its perpetration, and some volunteer teams and the people living in the area participated in the rescue operations. Within several hours, all the bodies of the victims were recovered and the area evacuated in anticipation of any subsequent bombing, as the warplanes were still flying intensively over the area.

Names of the victims:

Enayat Mahmoud Antouz (a displaced woman from Qalamoun in Damascus countryside) died from internal bleeding in the chest after falling from the stairs of her house during the raid.

Mansour Nassif Al-Faraj (from the town of Baftamoun in Idlib countryside), student at Idlib University.

I was at home on January 11, 2020, when I heard a very loud shelling, it was shortly after 12 noon. I took my camera bag and took to the street. I learnt that the shelling was in the Dhabit residential neighbourhood in the west of the city, which meant to me a massacre, because the neighbourhood is one of the most densely populated areas.

A number of the victims’ bodies lay under the rubble, and a number of others were lying on the road, as were the wounded.

Rubble in the area was huge and massive, and there were many severely damaged cars and motorbikes.

The rescue and ambulance operation continued for 3 hours, during which the civil defence team in Idlib and the violet organisation working in Idlib pulled the bodies of the victims from the streets and from under the rubble and treated the wounded, and they also opened roads for civilians.

This bloody massacre, caused by the regime, killed 8 people, including a child, and approximately 40 wounded 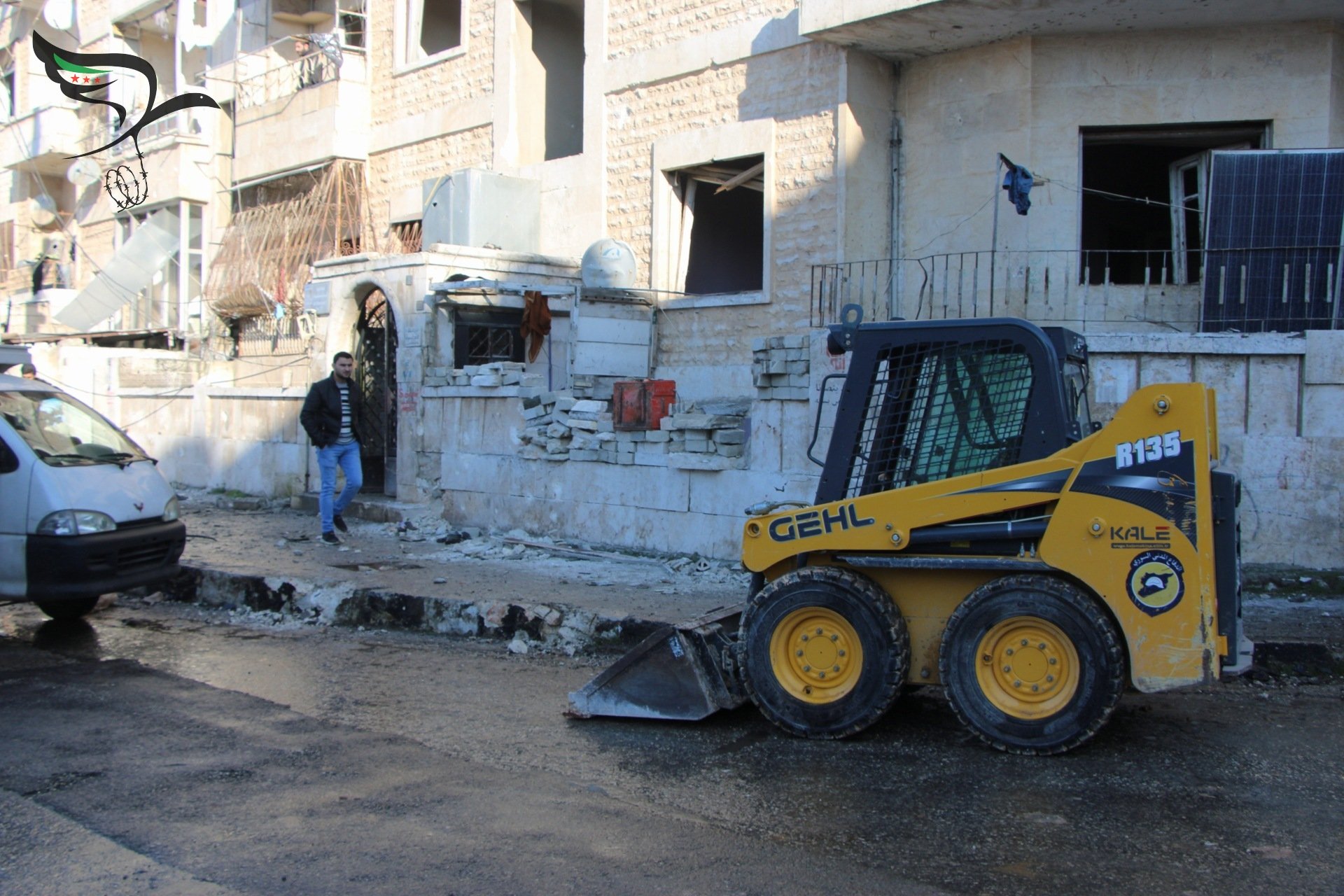