You are here: Home / Articles & studies / Problems of Syrian Refugees in Jordan Worsen due to Decline in International Funding 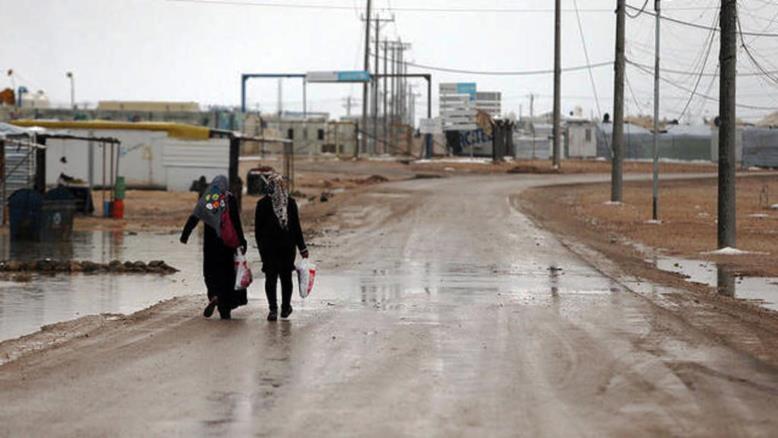 Syrian refugee Salma Ishaq, 45, quickly grabbed the food she had prepared days ago for display at a charitable bazaar for sale.

Salma works day and night to secure her daily sustenance and the necessities of her family, especially winter heating. The state of poverty experienced by the refugees every day due to the decline in international aid and the difficulty of returning to Syria due to the ongoing war and the destruction of homes is expected to continue in 2020.

The state of distress in which Syrian refugees are currently living, is expected to continue during the current year 2020, and may increase in severity, especially as the results of international funding for the Jordanian response plan to the Syrian crisis came to disappoint the refugees and the host country.

International funding for the Jordanian response plan to the Syrian crisis recorded a decline of 58%. Eight years ago, Jordan’s plan to confront the ongoing Syrian refugee crisis was estimated at 2.4 billion dollars, while the volume of funding until the end of last year amounted to 1.015 billion dollars, with a 42% financing rate, registered deficit With a value of 1.38 billion dollars, according to figures from the Jordanian Ministry of Planning.

The United States topped the list of major donors to Jordan’s response plan, with funding amounting to 407 million dollars, followed by Germany with 205 million dollars, the United Nations 170 million, the European Union 45 million and other donor countries.

These axes include in addition to supporting host communities, providing adequate funding for the Jordanian response plan to the Syrian crisis, and ensuring adequate grants and concessional funding to meet the financing needs in Jordan over the next three years, supporting national institutions and raising the efficiency of their workers, and strengthening health, educational and infrastructure systems, and project financing Capitalist, all with the goal of finding appropriate solutions that reduce the negative effects of asylum.

The Ministry of Planning began preparing the Jordanian response plan for the Syrian crisis 2020-2022 with the participation of the relevant authorities from ministries and international organizations, which is expected to be launched during the current January.

“Jordan is supposed to think of more sustainable solutions for refugee relief, and solutions that push refugees to rely on themselves through work permits granted by Jordan and reconstruction in Syria to encourage refugees to voluntarily return to their homes,” refugee expert Samar Muhareb told Al Jazeera Net.

She added that the reduction of international funding will push Jordan to reduce spending on important sectors, such as health, education and food, which will lead to the emptying of schools, the spread of child labour, the spread of crime and the deterioration of the health and living conditions of refugees.

The Jordanian response plan to the Syrian crisis constitutes a mechanism for a strategic partnership between the Jordanian government, donors, United Nations agencies and NGOs, at a time when representatives of the private sector were involved, and the plan revolves around ensuring a comprehensive, internationally supported, international response to address challenges and enhance immunity.

For his part, UNHCR spokesperson Mohamed Al-Hawari told Al-Jazeera Net that “the danger posed by the decline in international funding for the Syrian refugee crisis in Jordan will harm the existing relief programs, so that many of them that will fall will be reduced Under a lifeline like the cash aid program. ”

Al-Hawari believes that any reduction in cash aid means the expulsion of refugees from the homes they rent because they are unable to pay their rent, in addition to reducing food and health aid, etc., which will harm the lives of the refugees and their living environment.

According to the Jordanian Ministry of Interior, Jordan hosts about 1.3 million Syrian refugees who have escaped from death and destruction, including about 654,000 refugees registered with the High Commissioner for Refugees, of whom approximately 120,000 live in the Zaatari and Azraq camps, while the rest live in the Jordanian governorates.