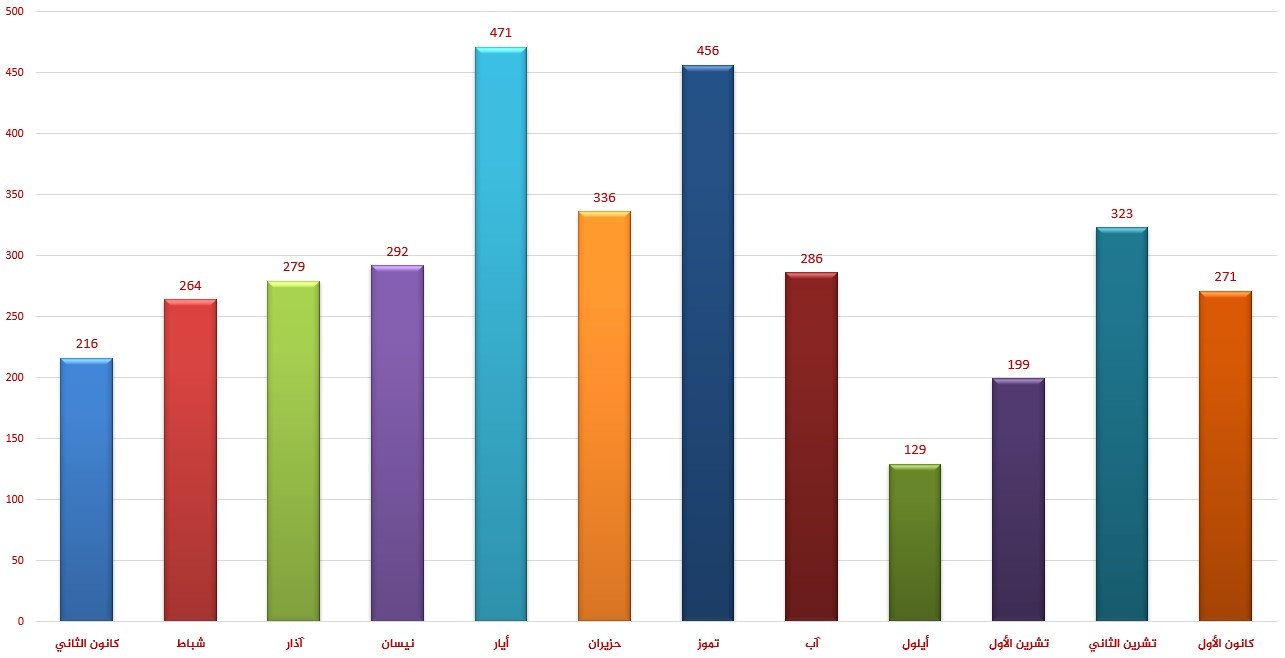 The Syrian Human Rights Committee (SHRC) has documented the death of 3522 people in 2019, which is equivalent to half of the number of registered victims in 2018, which is (7064) people.

SHRC has documented 337 deaths in the assassinations this year, the highest rate of assassination victims since 2011.

The year 2019 witnessed a continuation of market targeting crimes, which shows the strategy of the actors to inflict the greatest possible harm to civilians in urban areas, which represents an integrated war crime. In 2019, SHRC documented the targeting of 40 commercial and popular markets, all of which were in Idlib and Aleppo provinces, except for one in the al-Raqqa province.

SHRC has documented that 177 schools were targeted in 2019, in a significant increase in targeting schools compared to 2018, in which SHRC documented targeting only 64 schools.

The targeting of mosques was concentrated in Idlib province, where 90% of the targeted targeting works were recorded this year. The regime forces and the Russian air forces were responsible for more than 77% of the targeting actions, most of which occurred as a result of indiscriminate shelling targeting cities outside the regime’s control in northern Syria.