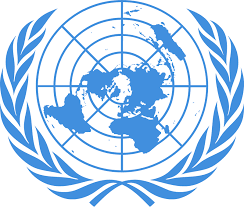 The scene of Syrian bloodshed continues for the eighth year in a row, and grave violations accompanying genocide continue, including the ongoing influx and exacerbation of the refugees and displaced persons, the interruption of millions of children from education, the lack of medical care, and above that the plight of detainees and enforced disappearances.

In addition to the current direct impact of the violations that have persisted since 2011 until now, we see before us the massive future effects, which will be perhaps more deeper, painful, and broader, and it is expected to cross the Syrian borders to reach the neighbouring countries, and even the countries receiving refugees.

Despite all these past, present and future violations, the international community has not shown a reaction commensurate with the size of the crime, not even with formal media and political standards, as political consensus and quotas between countries have led to the cessation of naming the main perpetrators, especially the regime and its allies, and all international investigations have ended up in documenting Crime but refraining from naming criminals.

An analysis of the work of the international community with regard to the violations that took place in Syria shows a state of great contradiction between the political interests of states and the values carried by the Universal Declaration of Human Rights.