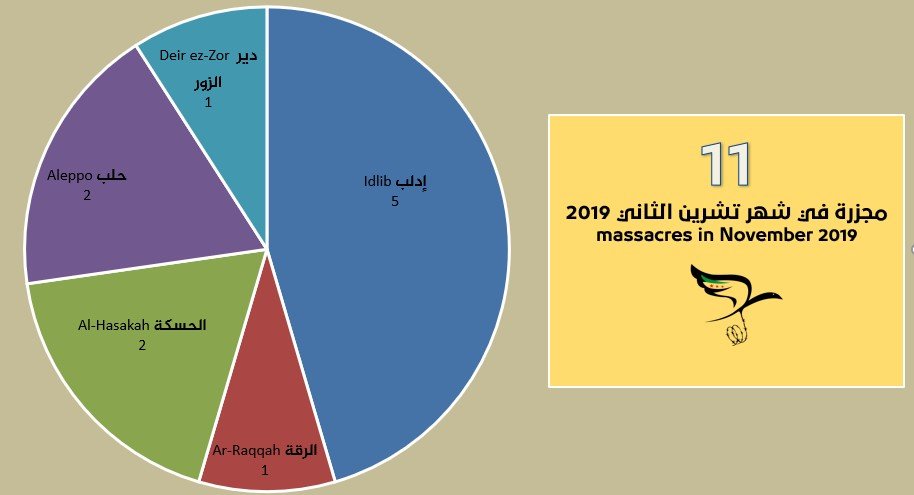 The Syrian Human Rights Committee (SHRC) documented 11 massacres in Syria during November 2019. This rise comes after two months of decline in the number of massacres.

Idlib province came at the forefront in the number of massacres, with (5) massacres, followed by al-Hasakeh and Aleppo with two massacres each, and then Deir ez-Zor and al-Raqqa with one massacre each.

Five of these massacres were committed by Russian warplanes, while one massacre was committed by the regime forces. The perpetrators of five other massacres have not been known.