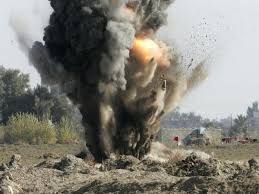 The total number of victims documented by the Syrian Human Rights Committee (SHRC) in Syria on Thursday 28-11-2019 reached 6 people, including: a child and a person killed under torture.

In Daraa province, three people were killed, including two who were assassinated by unknown persons in Daraa al-Balad, and one person was killed under torture in a regime prison.

One person from Rif Dimashq died from severe injuries sustained by shelling in Eastern Ghouta before displacement.

One person was killed in Aleppo province by a landmine explosion in Aboudan village in Afrin countryside.

In addition, one person was killed in al-Hasakeh province due to his wounds caused by a car bomb explosion in Tal Halaf area.

1- Bilal Bassam Al-Safadi / Daraa – Al-Harra / under torture in one of the regime’s prisons.