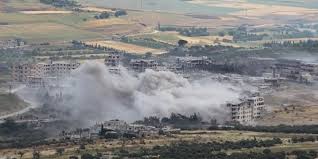 The total number of victims documented by the Syrian Human Rights Committee (SHRC) in Syria on Wednesday 27-11-2019 was one person.

In Idlib province, one person was killed due to shelling by regime forces in Bkfla area of Jisr al-Shughur countryside.

SHRC has documented the following victim: