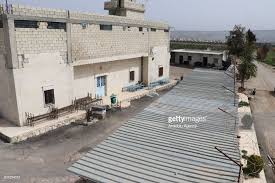 The total number of victims documented by the Syrian Human Rights Committee (SHRC) in Syria on Tuesday 19/11/2019 reached 12 people, including 3 children, 1 woman and 1 person killed under torture.

In Deir ez-Zor province, 6 people were killed, including five who were tortured and killed by unknown persons near al-Ashara city and on al-Omar oil field road near al-Juhayf hill. . A woman also was shot dead in al-Fudayn village.

In al-Raqqa province, 3 children were killed due to shelling of SDF militia that targeted the northern village of Arida and a school for displaced people in Jurn Al-Haj Saleh village.

One person was killed in al-Hasakeh province under torture in a Kurdish PYD militia prison after a five-month detention.

2.Yusuf Muhammad al-Hussein / Al-Hasakeh – Qana village / under torture in a prison of the BYD militia

4 – Muhammad Mustafa Ammouri / Aleppo countryside / due to shelling of the SDF militia on Azaz city.