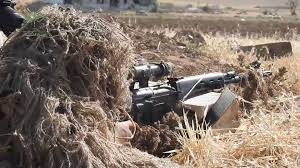 The total number of victims documented by the Syrian Human Rights Committee (SHRC) in Syria on Monday 18-11-2019 reached 9 people, including 1 child and 1 woman.

In Deir ez-Zor province, 3 people were killed, 2 of them by unknown persons, one in Judeidet Bakara village and the other in Al-Shuhail. One person was killed and tortured by Russian forces.

In Daraa province, one person was killed by a sniper of regime forces stationed in Al-Sanameen city.

The Syrian Commission for Human Rights has documented the following victims: