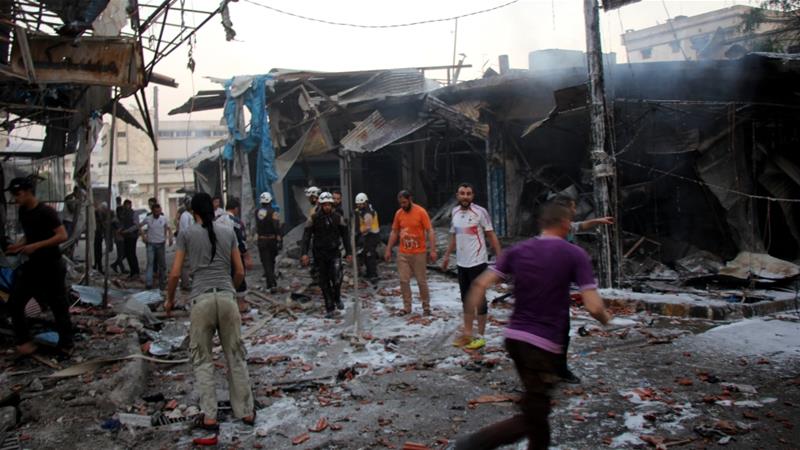 The total number of victims documented by the Syrian Human Rights Committee (SHRC) in Syria on Tuesday 12-11-2019 reached 15 people, including 2 children and 2 women.

In Idlib province, 11 people were killed, 8 of them by Russian bombardment of Kafranbel city and Shanan town, and 3 by artillery shelling in Ma’aret Hurma town.

In al-Raqqa province, 3 people were killed, 2 of them by landmines in Ai’wa and Jern al-Maez villages in Tal Abyad countryside.

In al-Hasakeh, one person was killed by a landmine in Umm al-Khair village.

5- Ismail Al-Ghaithith / al-Hasakeh – Umm Al-Khair village / due to a landmine explosion in the village.

7- Child Saddam Al-Qaiqan Al-Naimi / al-Raqqa – Sluk / Suffered from his wounds sustained by a car bomb in the town.

8-Hamoud Nasser Al-Mishkou / al-Raqqa – Jern al-Maez village / due to a landmine explosion in the village.