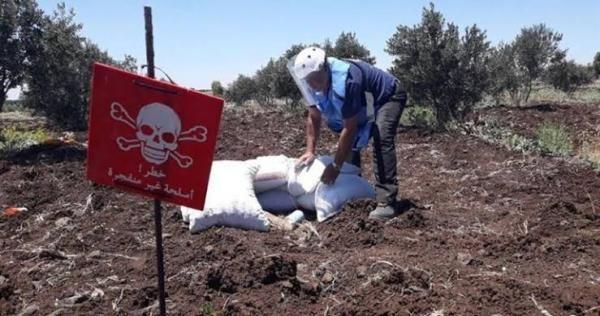 The total number of victims documented by the Syrian for Human Rights Committee in Syria on Saturday 9-11-2019 reached 5 people, including 3 children and 1 woman.

In Idlib province, 3 people, including 2 children, were killed by previous shelling on Mardikh village.

In Deir ez-Zor province a woman was killed by indiscriminate gunfire in Shuhail.

A child was also killed in Daraa province due to an explosion of a landmine left by regime forces on Ibta’a town.

1 – Omar al-Bassas / Idlib / after a cluster bomb was detonated from the remnants of a shelling in Ma’arat al-Nu’man city.