You are here: Home / Editors choice / SHRC documents the death of 129 people in September 2019 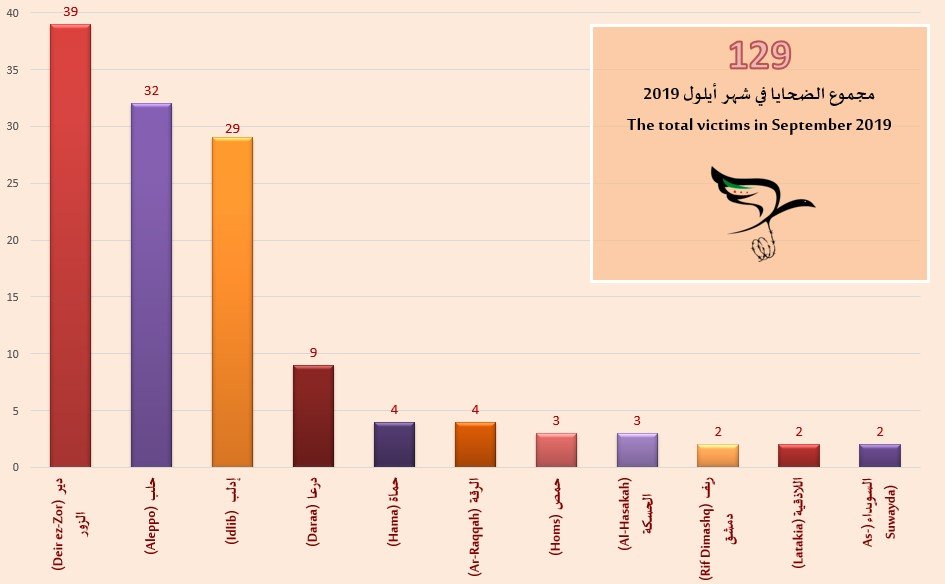 The Syrian Human Rights Committee documented the death of 129 people in September 2019, including 15 children, 12 women and 20 people killed under torture.

Twenty eight people were documented to have been killed by unknown assailants, 21 by JEDs and car bombs and 16 by landmines.

The province of Deir ez-Zor came in the forefront in terms of the number of victims, which amounted to 39 people, followed by Aleppo with 32 people and Idlib with 29 people.

The toll death in Daraa province reached 9 people, 4 people in Hama, 3 persons in Homs and al-Hassakeh each, and 2 persons in Lattakia, Sweida and Rif Dimashq provinces each.