You are here: Home / Editors choice / HTS kidnapped and tortured a medical doctor 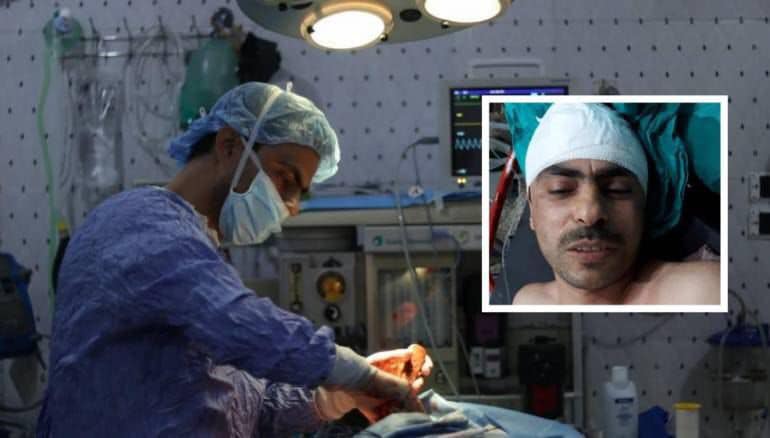 Dr. Othman al-Hasan, who works at “Shaheed Mohammed Bas Hospital” in Ma’aret Misrin in rural Idlib was kidnapped and beaten by an armed groups of HTS late last night. He was attacked and shot in the foot, before being referred to Bab Al-Hawa hospital for treatment – which wasn’t completed as he was kidnapped and attacked by them once again whilst he was receiving treatment.

This incident took place when Dr. Othman left his home for the hospital for an urgent surgery on a wounded civilian.

An orthopaedic doctor, Dr. Othman al-Hasan was born in 1981, graduated from Aleppo university,  married with three kids. He worked in besieged Aleppo until the end of 2016, where  then he moved to work in Ma’aret Misrin hospital, which is supported by the medical charity of SAMS.

SHRC unequivocally condemns this attack on a medical doctor and a humanitarian worker, particularly that many humanitarian workers in Syria rejected all temptations to migrate to other countries that respect their work, and chose to stay and treat their people in Syria and saving  their lives despite the daily bombardment and fatal risks they’re exposed to.