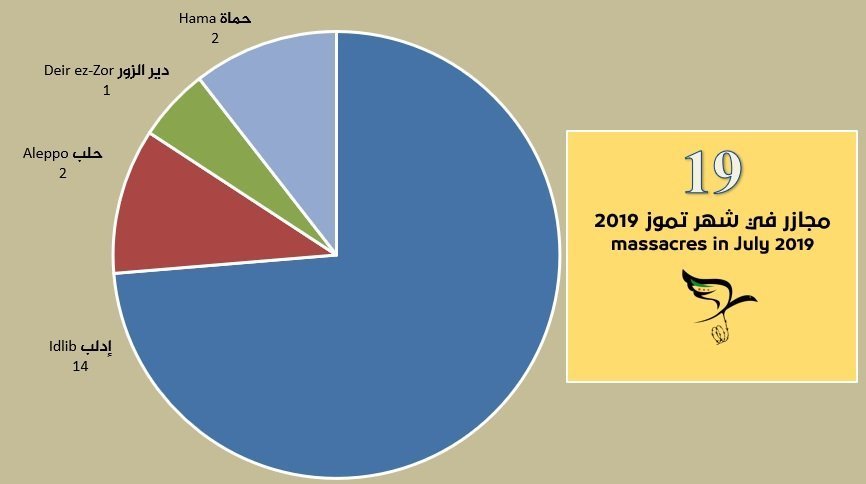 The Syrian Human Rights Committee documented 19 massacres in Syria during July 2019. Idlib province is in the forefront, for the sixth month in a row, followed by Aleppo and Hama with two massacres each, in addition to one massacre in Deir ez-Zor.

The rate of massacres this month is the highest in Syria since last November.