You are here: Home / Editors choice / Exchange of Prisoners and detainees in Abu al-Zindain 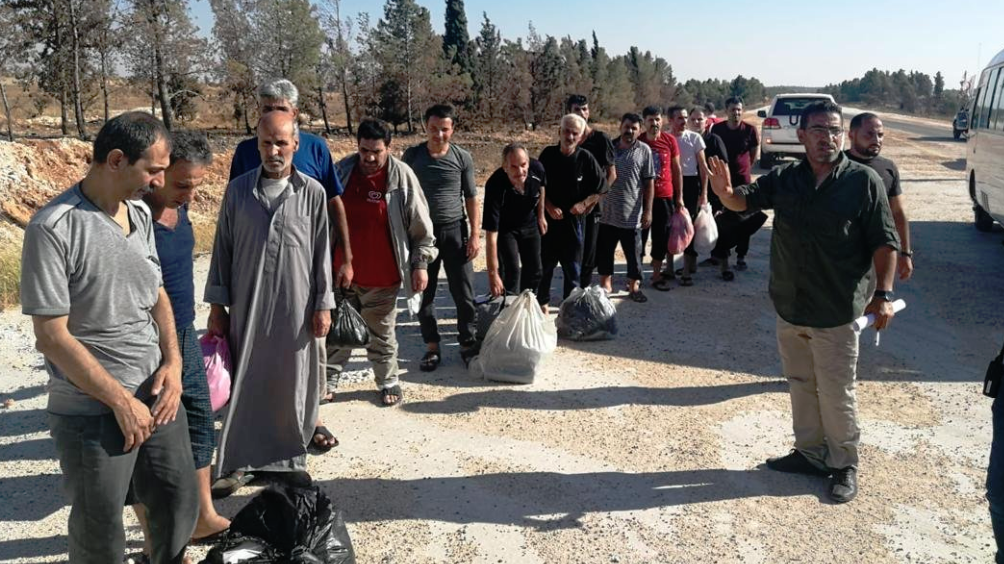 The exchange took place at the Abu al-Zindain crossing in al-Bab city, at the buffer zone between the opposition areas and the areas of the regime, and was supervised by  the Syrian Red Crescent and under the United Nations.

The exchange took place within the framework of the Astana process, which is sponsored by Russia and Turkey, one day before the start of the 13th round of the route.

The names released by the system are: