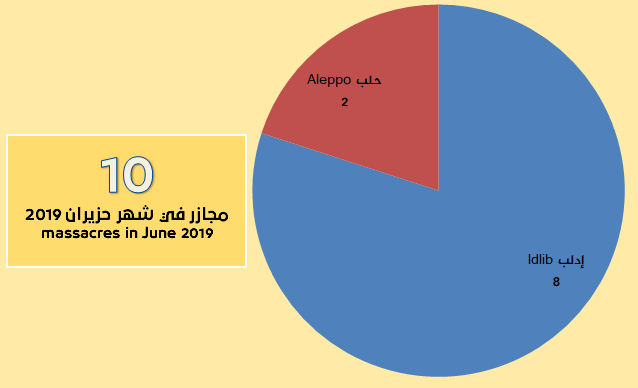 The Syrian Human Rights Committee (SHRC) documented 10 massacres in Syria during June 2019. Eight of these massacres were perpetrated in Idlib province, while 2 massacres were carried out in Aleppo province.