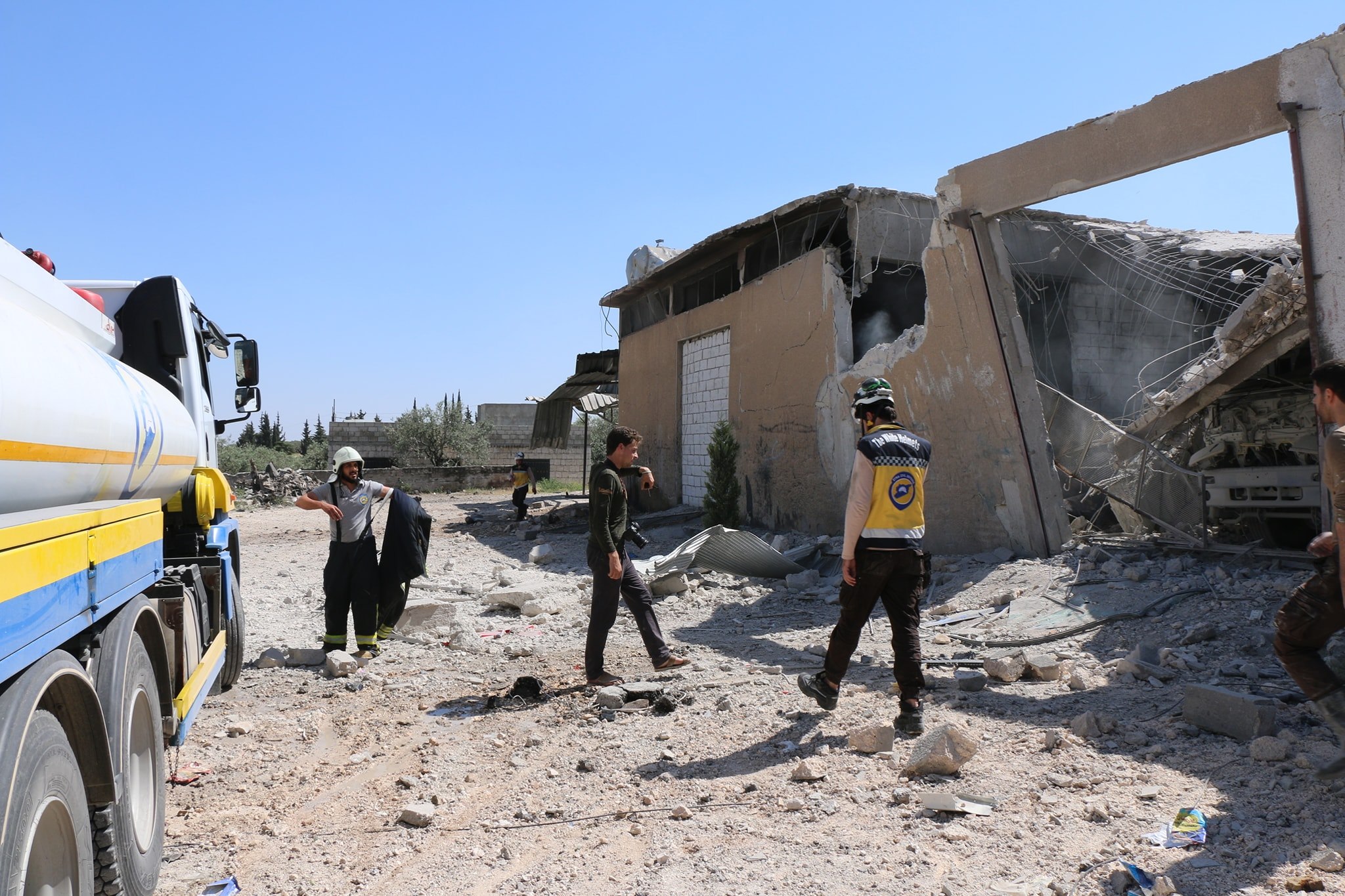 A civil defence centre in Kafranbel, Idlib province, was the target of air strikes by the Russian war planes,  wounding 4 people including a CD volunteer and destroying the whole centre. A number of vehicles were also destroyed.

Despite the intensive air strikes but there were no big losses in human lives because a regime helicopter had thrown explosive barrels on the neighbouring town of Hazarin shortly before the strikes, prompting CD members to rush there, then the Russian bombers targeted the centre when few rescuer were there.

It is worthy to note that centres and members of civil defence are main targets of the regime and the Russian forces. Civil defence is also strongly attacked in the media as well as in the politics of the regime, Russia and Iran.