You are here: Home / SHRC's Reports / Daily reports / The Daily Report of Victims of Human Rights Violations in Syria, 22-3-2019 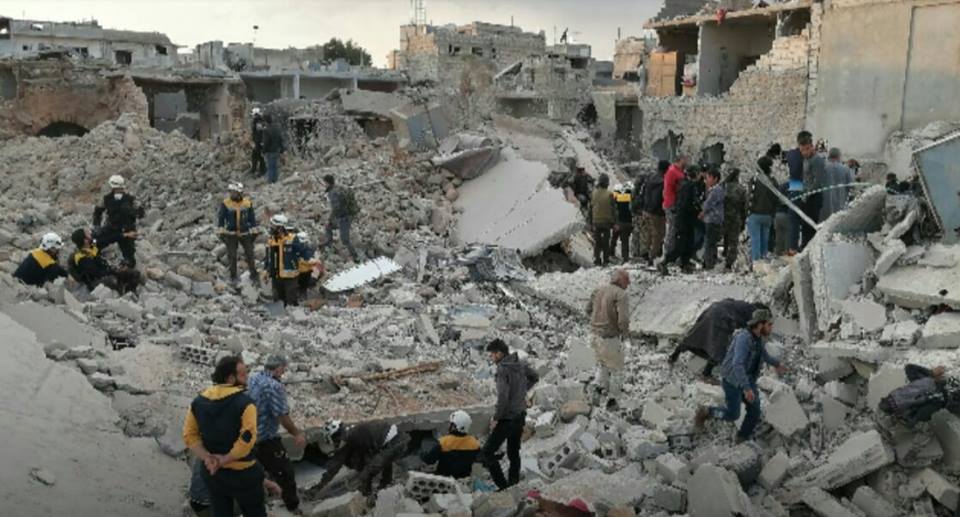 The massacre of Kafraya, Idlib province

The total number of victims documented by the Syrian Human Rights Committee on Friday 22-3-2019 reached 20 people of whom 5 children and 3 women.

In the province of Idlib, 16 people were killed, of whom 15 and including: (4 children & 2 women)  due to the Russian shelling of the town of Kafraya. And one person was killed by an explosive device in the city of Idlib.

In the province of Deir ez-Zor, 3 persons, of whom a woman and child, were killed in a landmine explosion in the youth housing district of Deir ez-Zor and the town of al-Jurzi.

In the province of Hama, a woman was killed by artillery shelling on al-Hawash village.

1 – Sulaiman al-Khlaif al-Ghabra / Deir ez-Zor / from wounds sustained two days ago by the explosion of a landmine left behind by ISIS in al-Jurzi town.

3 – Mohammed Qabaqibji / Aleppo / due to a bomb explosion in the city of Idlib.