You are here: Home / Editors choice / Discovery of the Largest Mass Grave in ar-Raqqa 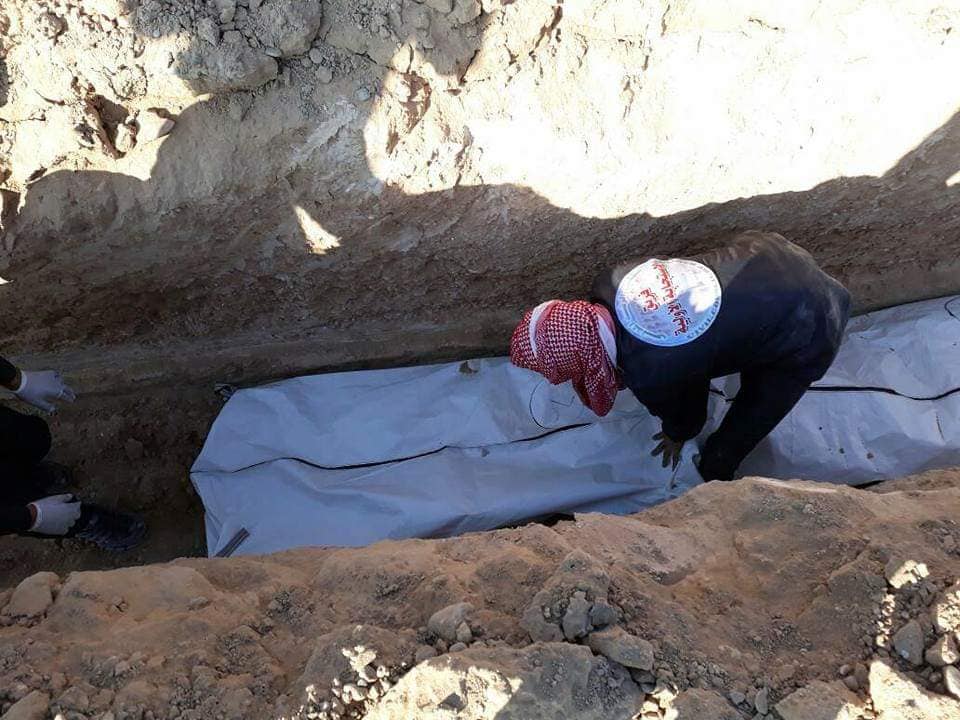 The Rapid Response Team of the Civil Defence Department in ar-Raqqa found what is believed to be the largest mass grave in the areas controlled by ISIS.

The cemetery, according to preliminary estimates, contains about 3,500 bodies. It consists of two sections. The first includes individual graves with about 1,000 bodies, while the second contains collective graves with the rest.

The bodies recovered so far appear to belong either to persons executed by the organisation or to organisation fighters killed or executed.

Since the start of its work in ar-Raqqa in January, the Rapid Response Team has found 3,800 bodies, of which 560 have been identified.