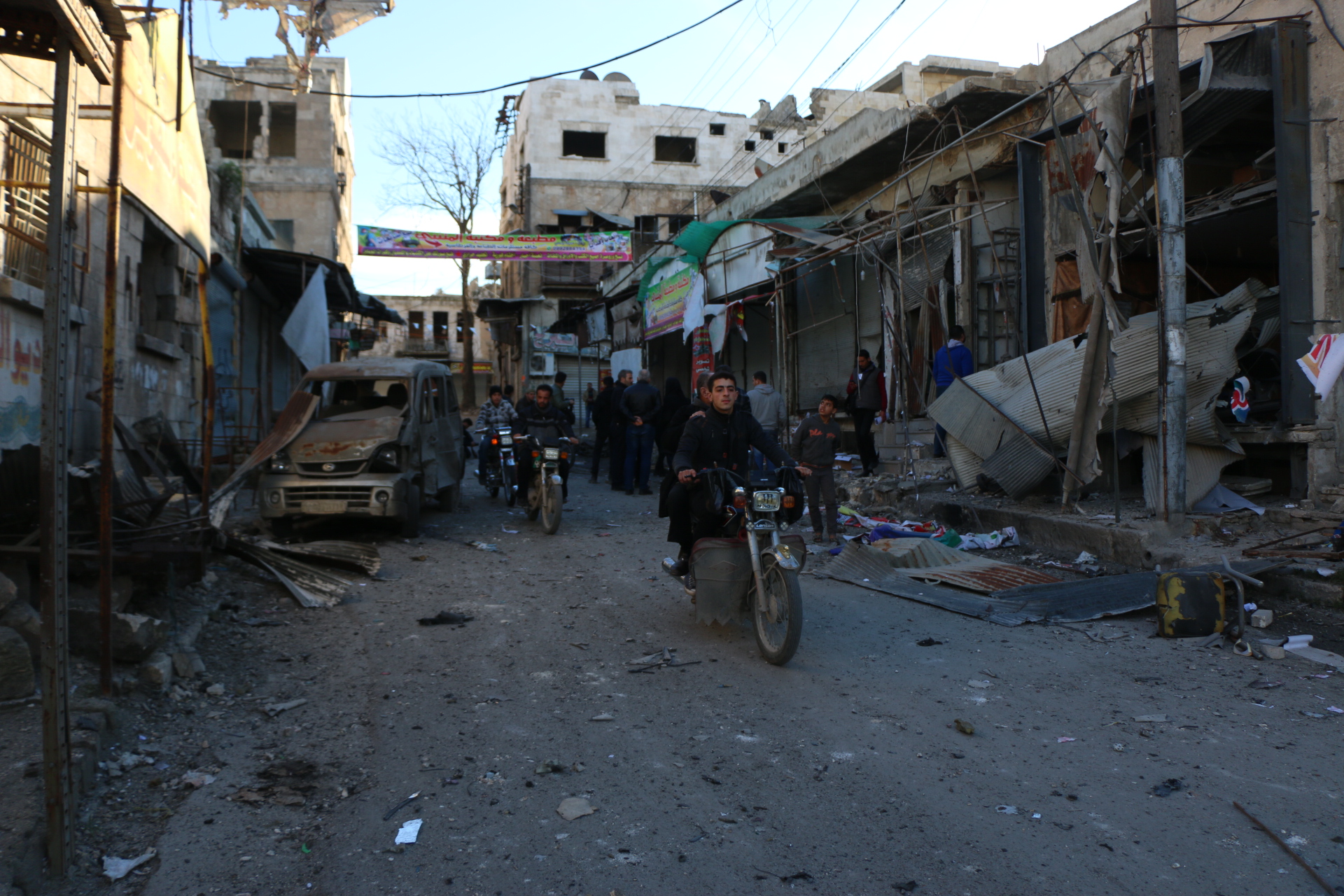 Al-Bizer (seeds) Market is a popular market located in the centre of the city of Ma’arat al-Nu’man, south of Idlib province.

At 1:15 pm on Tuesday, 29 January 2019, a rocket launcher of the Syrian regime forces in the village of Abu Dali in the southern Idlib province targeted the city of Ma’arat al-Nu’man with several rockets, most of them landed in the city centre where the Seeds popular market located, and resulted in the death of 11 people and over 30 wounded  of whom children , most of them are in serious condition.

The shelling also caused major damages to most shops in the market and rendered them out of service, and the burning of a number of cars that were lined up around the market.

The Civil Defence team in Idlib arrived to the scene of the shelling minutes later. Civil defence personnel began to assist the wounded to the neighbouring hospitals and rescue the victims from the bombardment areas. The ambulance and rescue operation continued for about two hours.

Names of victims of the massacre