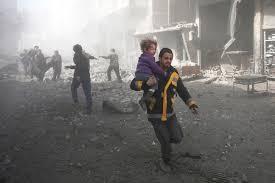 The total number of victims documented by the Syrian Human Rights Committee on Sunday 3-2-2019, reached five people  amongst whom a child and a person who died under torture.

In Idlib district, three people were killed: two by rocket fire that targeted the town of at-Tah, by the regime forces stationed in the town of Abu Dali, and one died killed under torture after five years of detention.

In the province of ar-Raqqa, One person was killed by an armed militia affiliated to a member of the Syrian People’s council in the town of Dabsi Afnan.

In Al-Hasakah province a child died due to the severe cold and lack of health care in al-Houl camp in the rural areas.

1 – Juma al-Deek / ar-Raqqa – Debsi Afnan / killed by the armed militia of Husam Katarji , the member of the Syrian People’s Council.