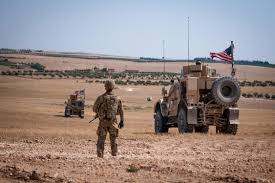 The total number of victims documented by the Syrian Human Rights Committee on Monday 28/1/2019 reached 4 persons, including one child.

In the province of Hama, a child was killed by artillery shelling by the regime forces on the village of Zakat in the north of the province.

In the province of Daraa, a person was killed in a mine explosion from the remnants of previous battles while working in agricultural land at the outskirts of the town of Mahajja.