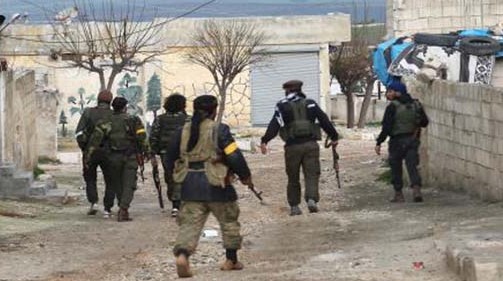 The clashes that broke out in the western countryside of Aleppo between armed factions led to the killing of six civilians, including two children, and injuring several others.

On Tuesday morning, HTS launched an attack on the towns of Darat ‘Azza, Taqad and Jabal Barakat, which are controlled by the Zinki faction, using heavy and medium weapons.

The documented civilian casualties include: