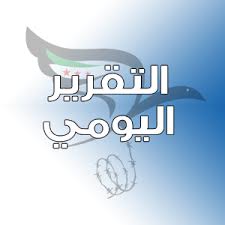 The total number of victims confirmed by the Syrian Human Rights Commission in Syria  on Wednesday 26-12-2018  reached 2 persons.

In the province of Idlib, a person died from his wounds following an assassination attempt on him two weeks ago by unknown people in the city of Jisr al-Shughour in the countryside of the western province.

In al-Hasakah province, a person was shot dead in the head by unidentified assailants in the western village of al-Gharb.