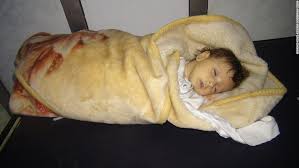 An infant died in Al-Nasr camp due to severe cold

The total number of victims SHRC was able to document in Syria on Saturday, 15-12-2018 reached 5 persons of whom a child and 2 persons died under torture.

In the province of Idlib, an infant girl aged (7) months died due to severe cold in Al-Nasr camp north of the province.

In Al-Raqqa province, a man was shot in his car in Al-Thakana neighbourhood in Al-Raqqa city.

In the province of Deir ez-Zor a man was assassinated by unknown group at the outskirts of Thiban.

In the province of Rif Dimashq 2 persons died under torture in the prisons of the regime forces.

4 – Lawyer ‘Abd al-Rahim al-Sheikh / Raqqa / he was shot in his car in al-Thakana neighbourhood in Raqqa city.