You are here: Home / Editors choice / A mass grave was found in Albokmal 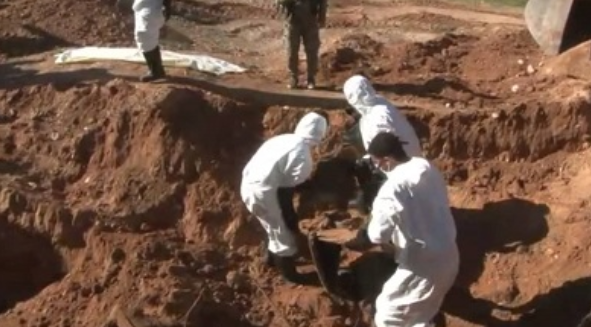 The Syrian regime discovered a mass grave of about 100 decomposing corpses in the Green Belt area in the western Albokmal countryside in Deir ez-Zor province. According to the signs on the bodies, it is believed they were executed with close range fire. Some bodies also showed signs of torture.

The bodies are thought to be executed by ISIS during its control of the area over the past four years.