You are here: Home / Editors choice / Death of a baby in al-Rukban Camp due to lack of medical care 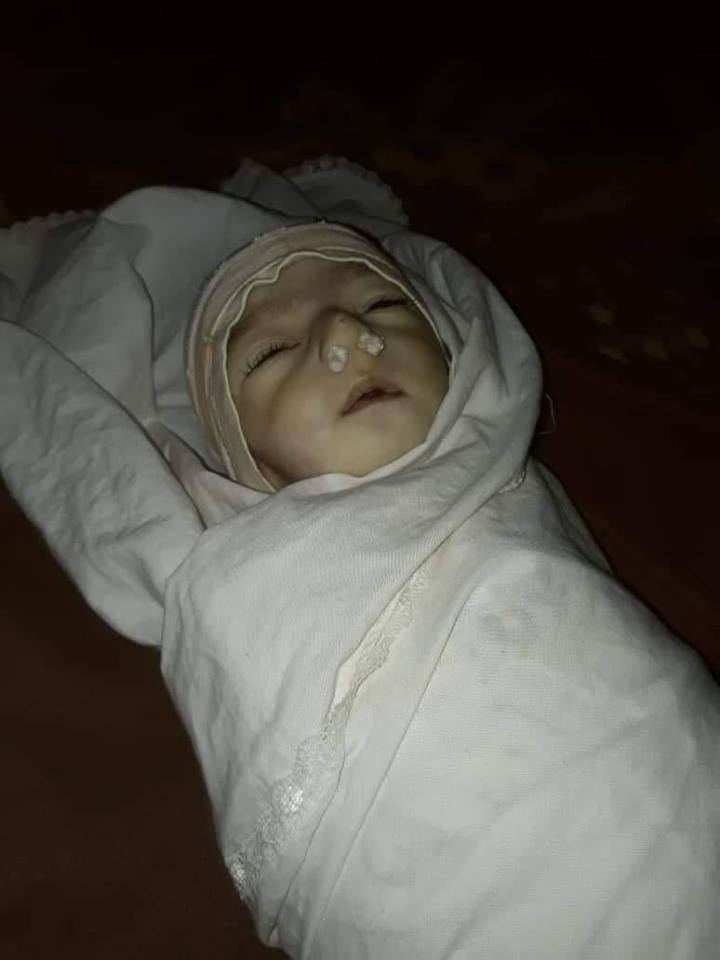 A baby girl died in Al-Rikban camp for the displaced due to lack of medical care.

The baby, Khadija Kareem Mutlaq (4 months), was taken to the UNICEF medical point after being dried, but the point refused to receive her on the grounds that her treatment would take a full month, that the point was not available for treatment and should be transferred to a specialised hospital in Jordan or the regime’s areas.

Jordan has been closing its border with the camp since a ISIS suicide attack in June 2016 that targeted Jordanian border guards .

With the death of this infant on Thursday morning, the number of victims in the camp rises due to the lack of medical care to 24 people within 45 days.