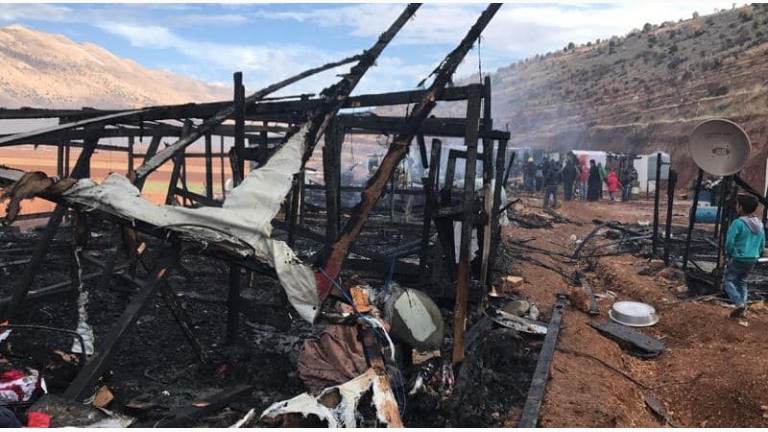 A fire broke out in a Syrian refugee camp in Lebanon, killing two refugees and injuring several others with varying degrees of burns.

The fire broke out at the Yamouna camp in Baalbek on Monday morning as a result of an electrical contact, killing a 7-year-old boy and a 37-year-young man and burning 28 tents out of 100 in the camp. 22 tents were partially damaged.

Most of the refugees in the camp came from the Kediran area of ​​the western countryside of Raqqa city.

The camps in Lebanon are suffering from poor living conditions as a result of the Lebanese government’s refusal to officially organise the camps and obstructing the work of international and local organisations, which undermines the ability of refugees to cope with normal and natural conditions.