You are here: Home / Editors choice / New wave of displacement in Deir ez-Zor 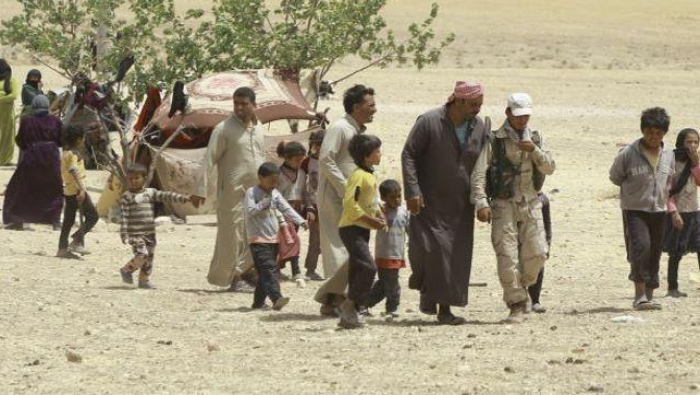 The towns of Sousse, Albaghouz and Al-Shoufa in Deir ez-Zor have witnessed the displacement of hundreds of families due to the fighting raging in their areas between the Syrian Democratic Forces, supported by the international coalition, on the one hand, and ISIS on the other.

Civilians headed towards the areas under the control of the Syrian Democratic Forces, where they were detained in the oil field passage, and were investigated, before most of them were allowed to move to neighbouring villages.

Syrian Democratic forces prevented the displaced from taking their cars or motorcycles, forcing them to walk long distances in a cold weather.

Local media sources said that ISIS executed a person in al-Shoufa town on charges of smuggling civilians out of the town.