You are here: Home / Editors choice / SHRC documents the death of 268 people on in November 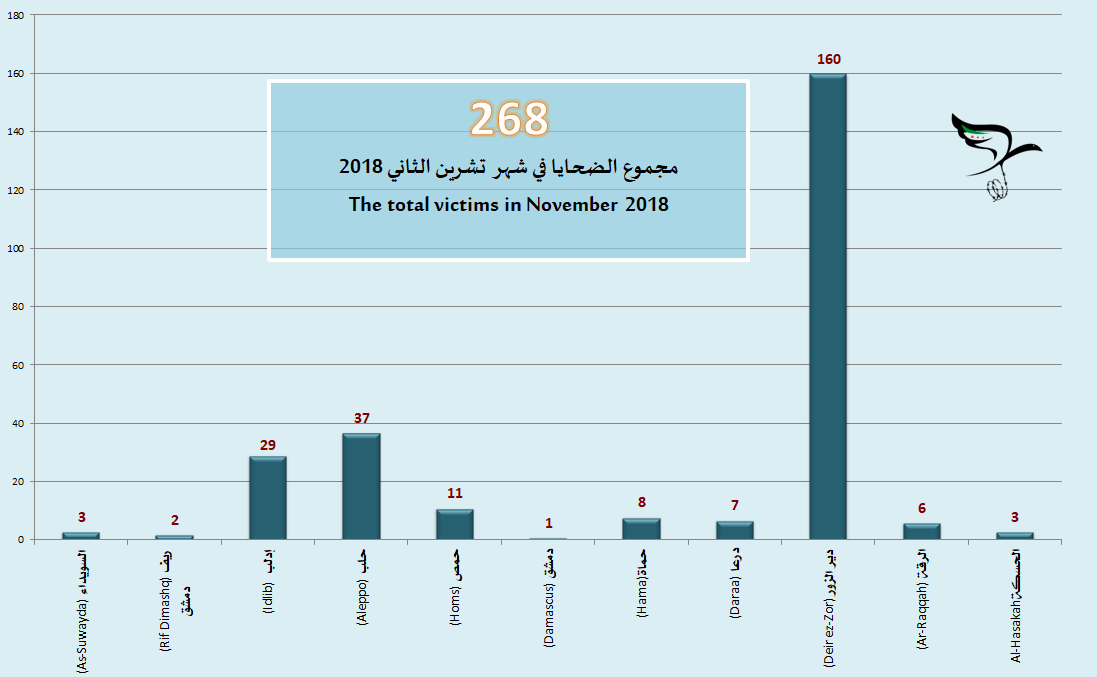 The Syrian Human Rights Committee documented the death of 268 people during November 2018, amongst whom 80 children, 41 women and 14 people who died under torture.

The total number of victims in Hama province reached 8, 7 in Daraa, 6 in Al-Raqqa, 3 each in Al-Suwaiyda and Al-Hasakeh, 2 in Rif Dimashq and one each in Latakia and Damascus.