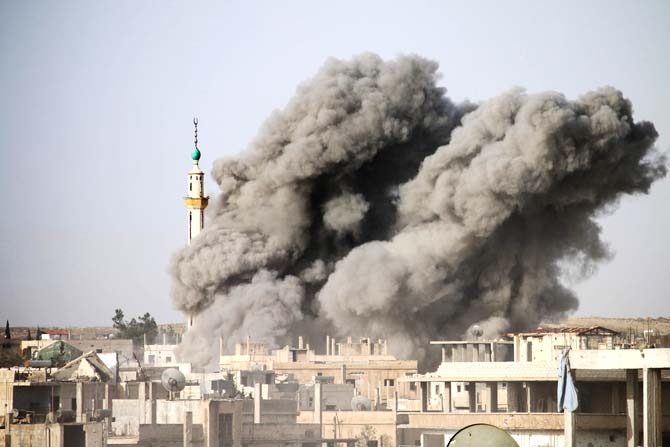 US led coalition bombing of towns in north east Syria

The total number of victims SHRC was able to document in Syria on Sunday 25-11-2018, reached 4 persons including 2 children.

In Deir ez-Zor province, 3 persons were killed, 2 of whom were shot dead by an armed group and 1 by the bombing of the international coalition air force of the town of  al-Hajin.

In the Idlib province 1 was killed by the artillery shelling on the town of Jarjanaz by the regime forces.

1 – Child/ Nimr Maher Al-Asidah 10 years / Deir ez-Zor / by stray shot as a result of clashes between elements ISIS and the militia SDF in the town of al-Bahra.

2- Mohammed Al-Karhout, nicknamed Hawalli / Deir ez-Zor, following the attack of the international coalition aircraft to his home in al-Hajin city.

3 – Thib Isma’il Al-Talq / Deir ez-zor / shot by ISIS during their raid of the town of Garanige.

4 – Infant/ Amina Alaa Dibo 3 years / Idlib – Jarjanaz / due to the regime artillery shelling on the town.