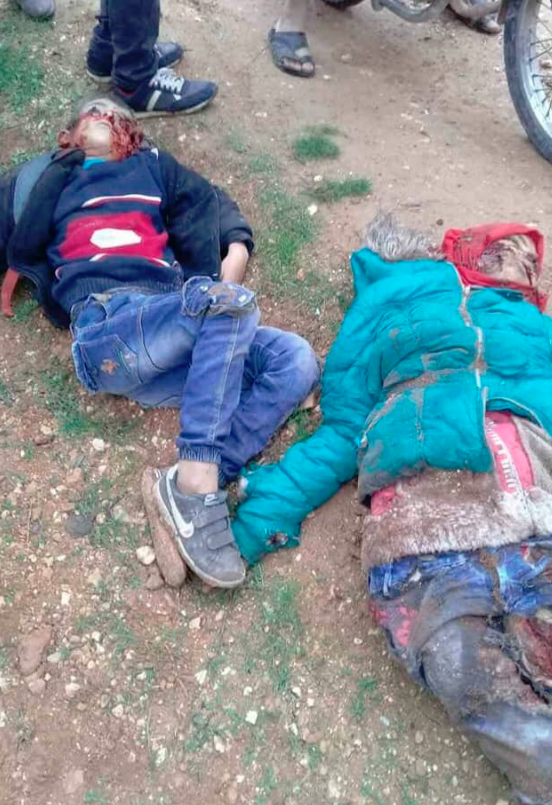 The total number of victims SHRC was able to document in Syria on Saturday, 24-11-2018, reached 17 people including 11 children and 2 women.

In Idlib province, 12 people of whom 8 were killed by the shelling of the town of Jarjanaz by the forces of the regime at school home time,  while other 4 whose bodies were found between the city of Idlib and the village of Batanta, to the north of Idlib, where they were executed in the field without knowing their charges.

In Aleppo province, 5 children were killed in the explosion of a landmine left by ISIS in the town of Tal Al-Hawa.

The Syrian Human Rights Committee documented the names of 12 victims as mentioned in the Arabic link http://www.shrc.org/?p=33094