You are here: Home / Editors choice / Massacre in a landmine explosion in the countryside of Aleppo 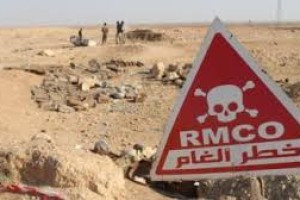 Today Saturday, five children were killed in a landmine explosion in the village of Sham al-Hawa near the town of Al-Ra’i in the countryside of Aleppo, and several others were wounded. The mine is believed to have been left behind by ISIS  while controlling the village.

Since the beginning of this year and until the end of October, the Syrian Human Rights Committee has documented the death of 342 people as a result of the explosion of landmines. Almost all of the explosions occurred in the areas controlled by ISIS and then forced out of them.