You are here: Home / Editors choice / Five Massacres in October 2018 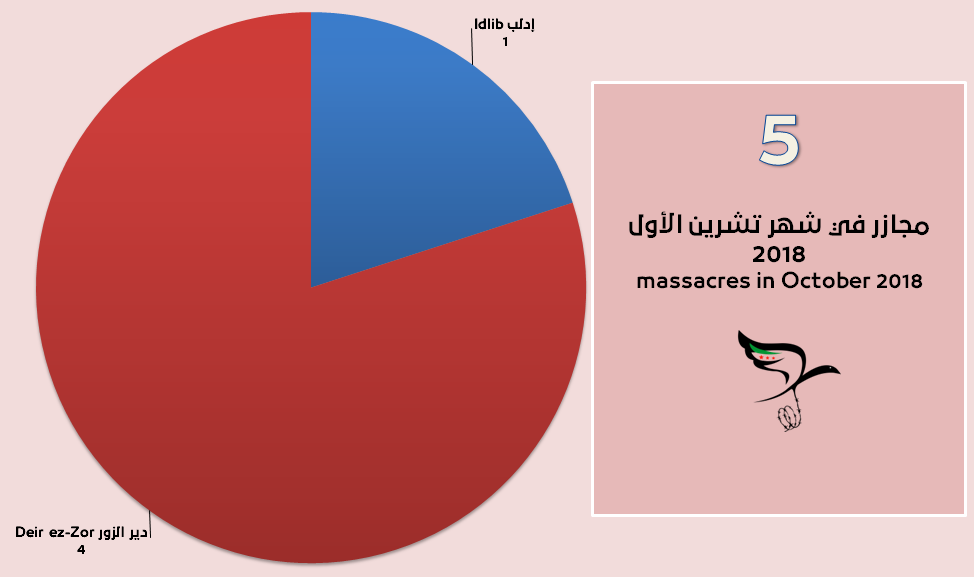 The Syrian Human Rights Committee documented five massacres in Syria during the month of October.

(4) massacres were committed in Deir Ezzor by the air forces of the international coalition forces, while the regime committed one massacre in Idlib province.

This is the first time that the International coalition has been leading the list of perpetrators since August 2017.