You are here: Home / Editors choice / Syrian regime arrest a religious scholar in the Kurdish area 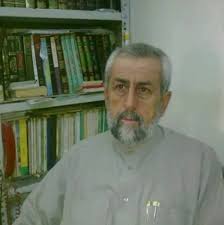 The Syrian regime security services arrested Mohammed Mullah Rashid Gharzani, when he called on the Immigration and Passports Department in the city of Hasakah on Sunday morning 21/10/2018.

Rashid is the head of the Federation of Muslim Scholars in the province of al-Jazeera which is controlled by the Kurdish autonomy. He is the imam and preacher of the Badr Mosque in al-Hilaliya neighbourhood in the city of Qamishli.