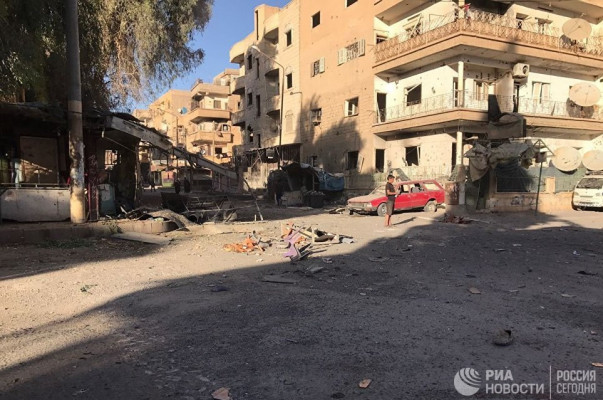 The total number of victims SHRC was able to document in Syria on Sunday, 21-10-2018, reached 46 people including 12 children, 4 women and 1 under torture.

In the province of Deir ez-Zor, 41 people died after two air strikes of the international coalition aircraft targeted the town of al-Suseh in the countryside of Albokmal on Thursday, 18-10-2018 and Friday, 19-10-2018, and the information was not available until late because of the region under ISIS control and it was difficult to reach the accurate number of victims.

In the province of Idlib, 5 people were killed, 3 of them in a car bomb explosion in al-Qusour neighbourhood in Idlib city, 1 in a bomb explosion in the city of Jisr al-Ashughur, and 1 under torture in the prisons of the regime forces.