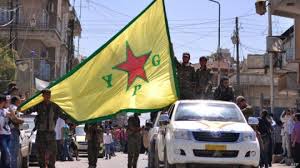 The total number of victims SHRC was able to document in Syria on Saturday 20-10-2018 reached 2 persons.

In the province of Idlib, a displaced person was kidnapped in the evening in front of his house in Sarmin. His dead body was found the next morning.

A “person” in the province of Raqqa also shot dead by the Kurdish militia of SDF at one of its checkpoints, where they shot him and did not help him until he died.