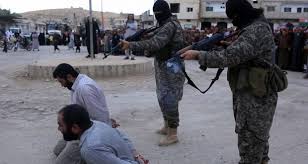 The total number of victims  SHRC was able to document in Syria on Thursday, 18-10-2018 reached 9 persons.

In the province of Deir ez-Zor (5) people were shot dead by  ISIS in the town of Shoufah on charges of dealing with the Kurdish militia of SDF.

In the province of Hama, bodies of 4 people were found at the outskirts of Kafr Zita in a state of disintegration indicating their death more than a year ago. The cause of their death has not been specified.