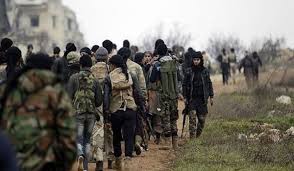 The total number of victims SHRC was able to document in Syria on Monday 15/10/2018, reached 6 persons including one who died under torture.

In the province of Raqqa, 4 people were killed in the explosion of their car while they were driving near Bi’r Al-Hashim in the northern countryside.

In the province of Idlib a “person” was killed in the town of Ain Laruz due to the heavy fire by the Sham Liberation Organization, which broke into the town.

A person from Hama province was also tortured to death in the regime prisons after seven years in prison.

1- Mustafa Fares Qantar 70 years / Idlib-Ain Laroz / by the Sham liberation Organisation when they stormed the town.