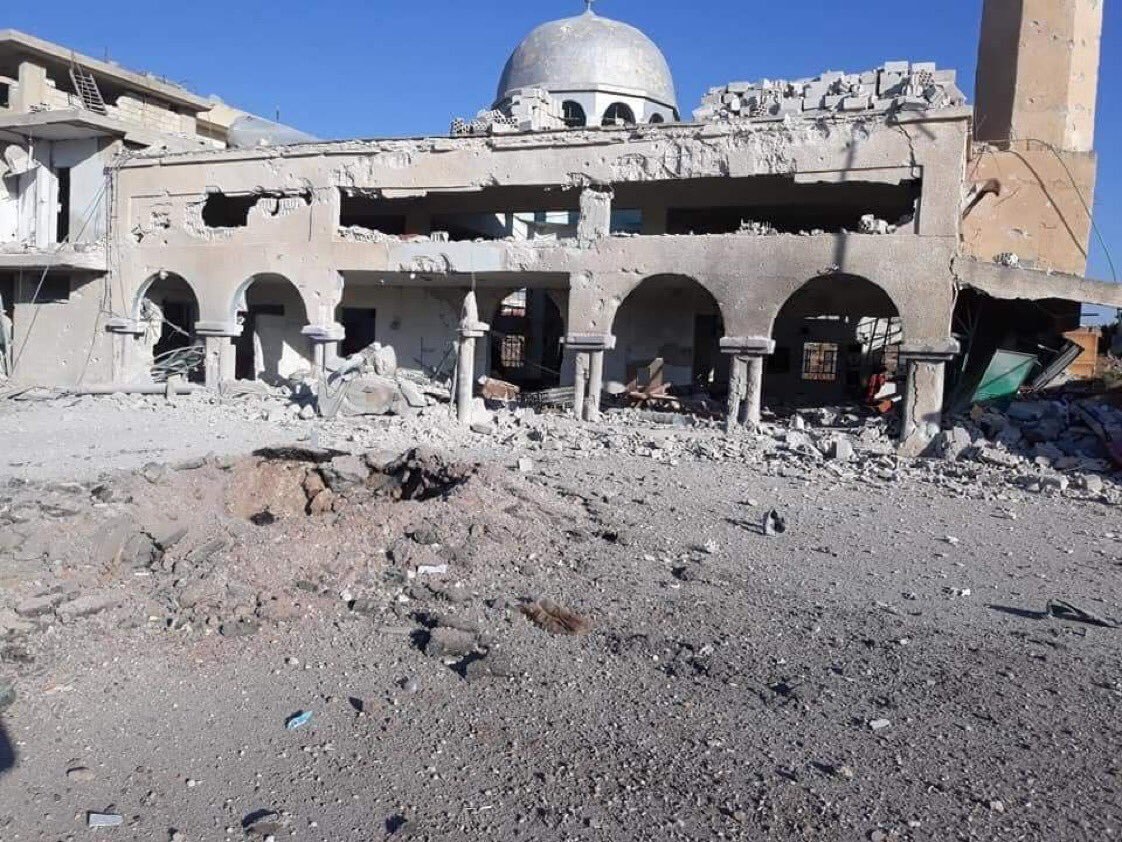 The total number of victims SHRC  was able to document in Syria on Saturday 13/10/2018, reached 4 persons including two children.

In the province of Aleppo, a child was killed by clashes between elements of two factions in the camp of Sojo in the countryside of Azaz north of the province.

In the province of Deir ez-Zor, a person died in the bombing of an international coalition aircraft targeted the town of Sousseh in the countryside of the eastern province.

One person in Idlib province was found dead and his body found in front of a private school in Khan Sheikhoun.

A child in Daraa province also died in a landmine explosion left by the regime’s forces in the town of al-Ghariya al-Sharkiya.

1 – Mustafa Mohammed Najjar / Aleppo countryside / clashes that took place in the camp of Sojo north of Aleppo between the elements of “Shoaaitat” and “Alasasneh.”

2 – Teacher/  Wael Najjar / Idlib – Khan Sheikhoun / His body was found in front of a private school door on the outskirts of the south western side of the city.

3 – Abdullah Saleh Haji Mohammed al-Muhaimad / Deir ez-Zor – Sousseh / as a result of the bombing of the international coalition aircraft on the town.

4- Child / Zidane Mowaffaq Ghonaim / Daraa – al-Ghariya al-Sharkiya / due to the explosion of a landmine left by the regime forces in the region.