You are here: Home / Editors choice / The Haas Hospital Bombing

Hass Hospital lies in the south of the town of Hass in southern rural Idlib, adjacent to the city of Kafranbel. Despite being small, the hospital has a number of specialisations, including an internal clinic, a women’s clinic, a gastroenterology clinic, an operation room, an ambulance, a laboratory and a pharmacy.

At exactly 2pm on Saturday 8th September, a Syrian regime helicopter that had taken off from the Mujanzarat School in rural Hama dropped two explosive barrels on the hospital, causing great structural damage and putting a stop to its services.

The barrels fell directly onto the hospital building, destroying 80% of the building and causing great material damage to the emergency room as well as damaging most of the laboratory and the inner pharmacy.

In addition, the bombing destroyed most of the medical equipment including the equipment for the recovery and operation room.

The attack also caused a huge fire to erupt within the building, due to the main generators of the building and the cars immediately in front of the building burning. Fortunately, the civil defence managed to control the fires within an hour of the attack.

The bombing of the hospital resulted in four injuries, two from the medical staff and two patients that were in the hospital at the time of the attack. They were transported to nearby field hospitals close to the areas in the route taken by the civil defence.

I was in the city of Ma’arat al-Noman- which lies 10km away from Hass- at the time of the bombing. We heard the sound of a large explosion from the direction of the town, so I headed there with other members of the media to cover what had happened.

Upon my arrival, the fire was still raging in one of the hospital ambulances which was next to the building. It had burnt completely. Another fire was also raging from an electric generator from the building.

Another car belonging to an employee of the hospital, which had been in the area, was also damaged.

I can say with certainty that the bombing of the hospital was direct, as the Syrian regime helicopter dropped two explosive barrels, one which hit the building directly and the other which fell close to the hospital entrance, causing great damage to the building despite the measures the hospital had taken to protect itself in fear of such attacks.

I first entered into the emergence room, which was completely destroyed. The corridors between the rooms however were not in as bad of a state as the rooms.

The recovery room, pharmacy and laboratory were also destroyed to a large degree, rendering them out of service.

The medicine warehouse which was external to the hospital in a building nearby was also affected by the fire which erupted as a result of the bombing, although not to the extent by which the hospital building was damaged. Much of the hospital’s walls were damaged, all of its doors were uprooted, and most of the equipment was damaged and could no longer be used.

The civil defence teams rescued all civilians that were trapped underneath the rubble including those from the medical staff and patients, and four injured people were transported to field hospitals. I did not hear of any victims from the time I was there and until I left the area.

The hospital announced a stop to its services, and I can only assume that it will take a very long time before its services start running again. 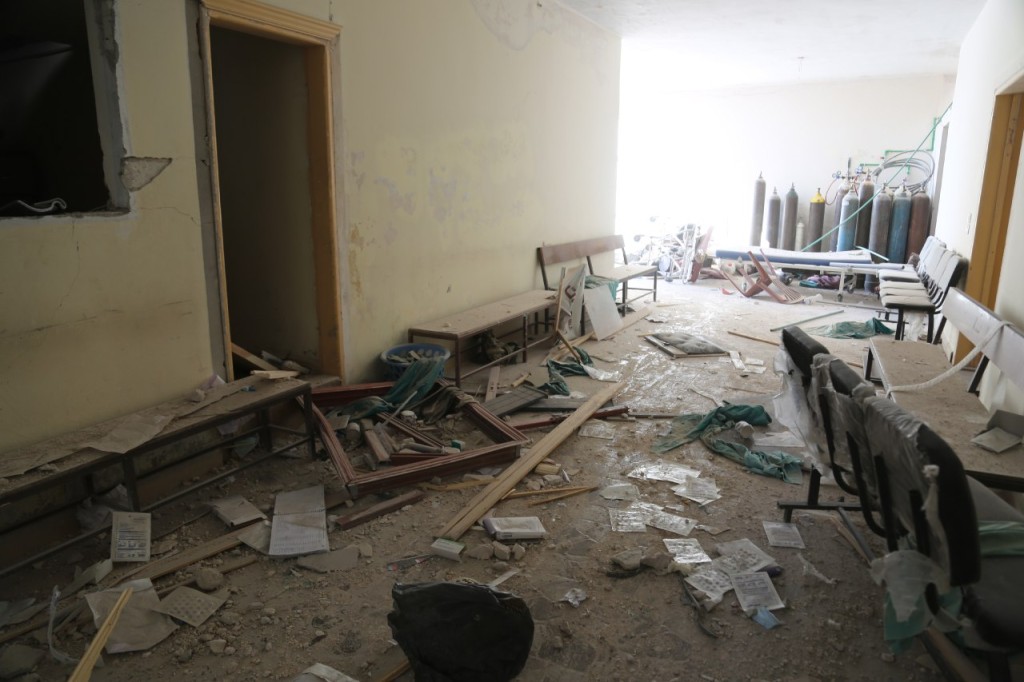 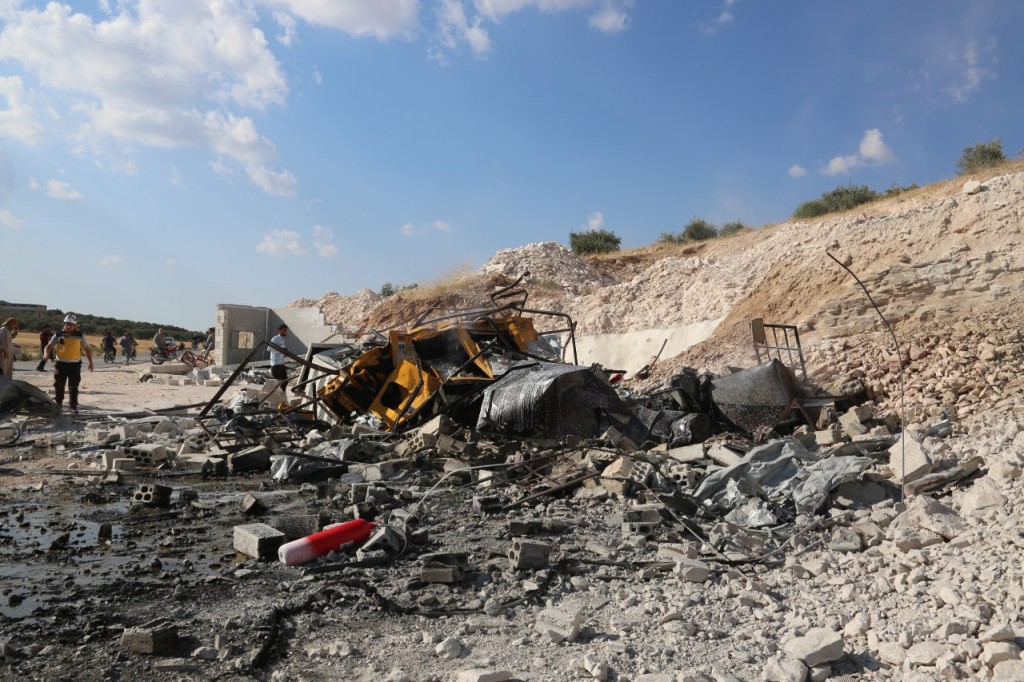 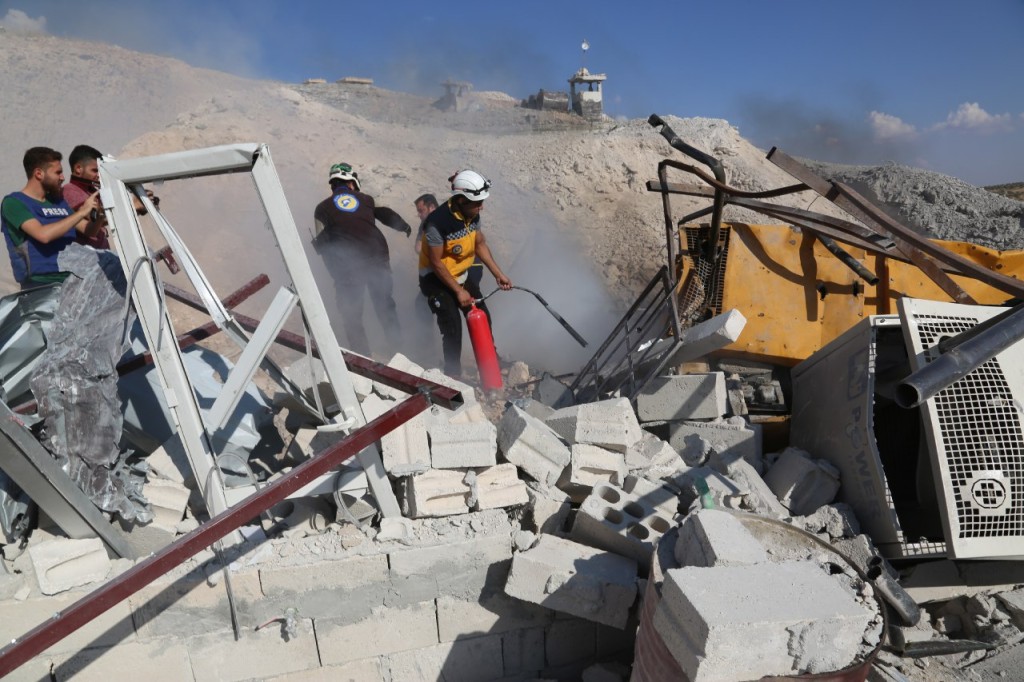 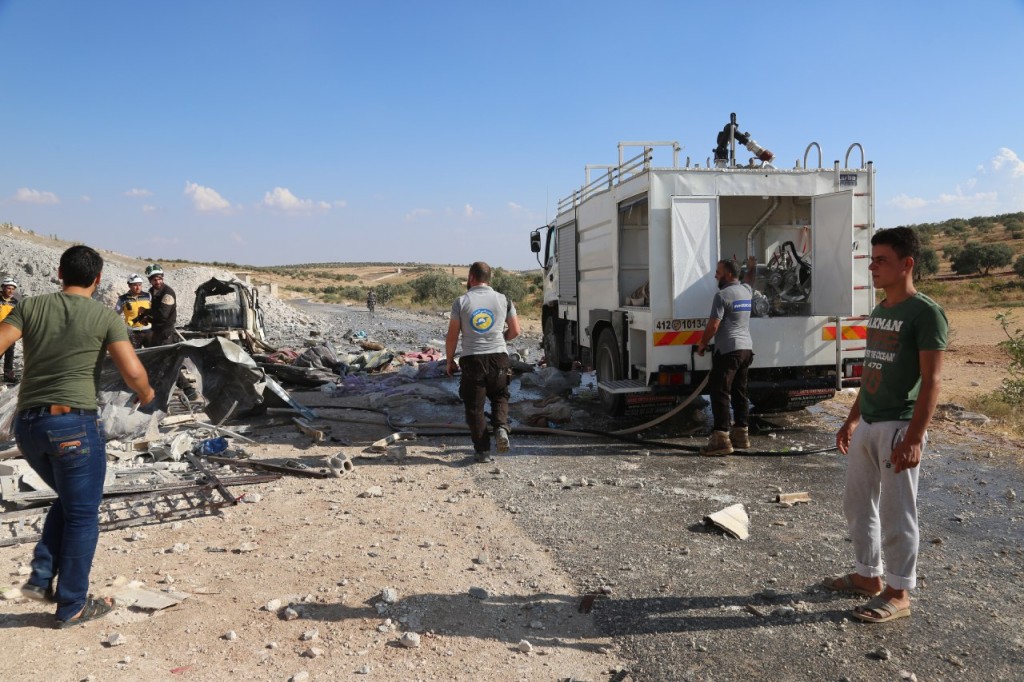 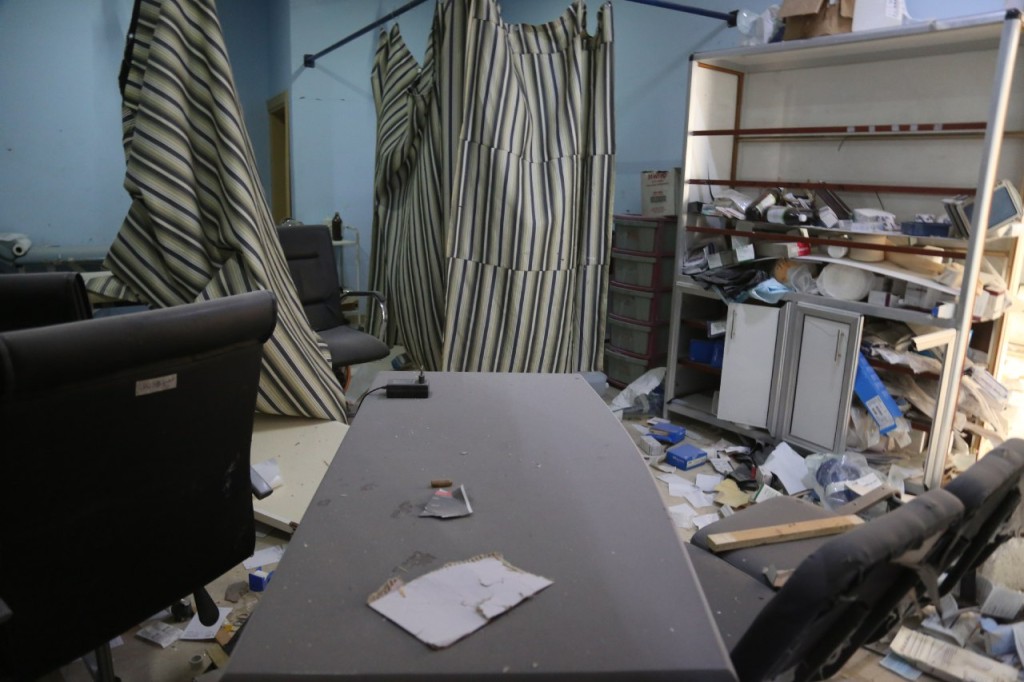 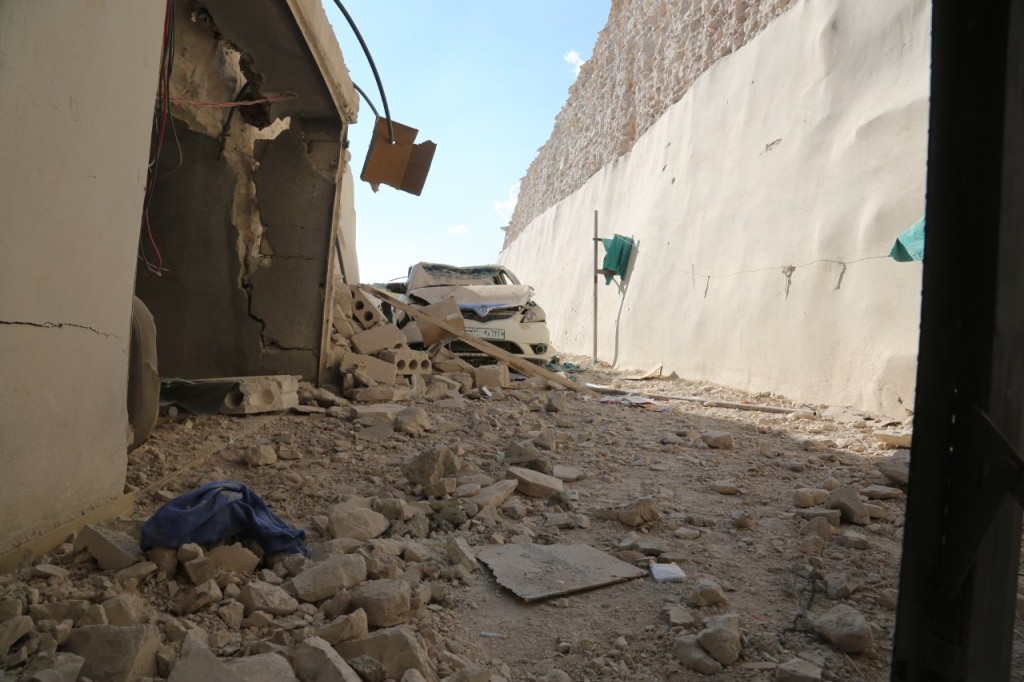